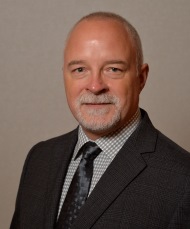 John Werkmeister was initiated into Local Lodge 1018 in Flushing, New York in 1984 as a Line Maintenance Mechanic at US Airways. He later transferred into Local Lodge 1976 where he served the local and membership in various capacities.  For a brief while, he served as a District Lodge 142 General Chairperson. In 2014, Werkmeister was appointed Special Representative to the Air Transport Territory and was later elevated to Grand Lodge Representative.

Werkmeister holds a Bachelor’s Degree from the National Labor College.