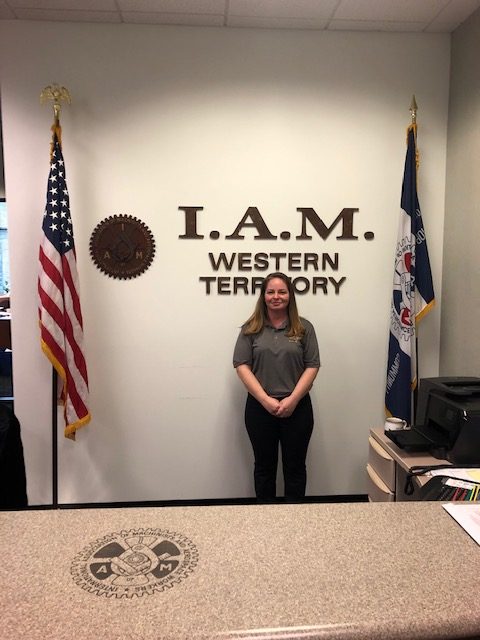 Sister Nicole Pugh has been a journeyman machinist since completing her apprenticeship in 1999. In 2009, she went to work at Aerojet Rocketdyne as a tool jig and die maker and was initiated into IAM Local Lodge 946.
At Local Lodge 946, she served as the chairman of the Leadership Committee. In 2015, Pugh was elected to the office of Recording Secretary; and in that same year, she was appointed to the position of Local Lodge Communicator by Local Lodge President, Reggie Bills.
In 2017, Sister Pugh went to work for District Lodge 725 as an Apprentice Organizer where she made an instant impact in organizing and was a part of many organizing campaigns.
On March 1, 2019, General Vice President Gary R. Allen hired Nicole as an Associate Organizer for the Western Territory.
Sister Pugh has attended numerous classes at the Winpisinger Center, including woman’s leadership. She is also an active member of the Coalition of Labor Union Woman (CLUW), where she advocates for women in the Labor Movement.
“The addition of Sister Pugh will benefit the membership and the Western Territory now and well into the future. Her tireless efforts as an advocate for women and for the growth of the labor movement is an inspiration to us all,” stated General Vice President Allen.