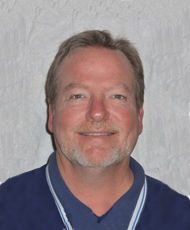 A proud Machinists Union Member for over 32 years, Bob Anderson initiated into IAM Local 1406 in 1984 while working at Research Products Corp in Madison, WI.  From 1984 to 1996 Anderson was elected as Shop Steward, Chief Steward and Bargaining Committee Chair as well as serving in various capacities in his Local Lodge.

In his over 21 years as an IAM Representative, Anderson is proud to have helped workers improve their lives by organizing into the greatest union there is, the IAM.  Anderson has organized in private sector Manufacturing, Transportation, Federal sector, Automotive, Service Contract Act and has affiliated an independent union into the IAM.

Bob currently resides in Wisconsin with his wife Judy.