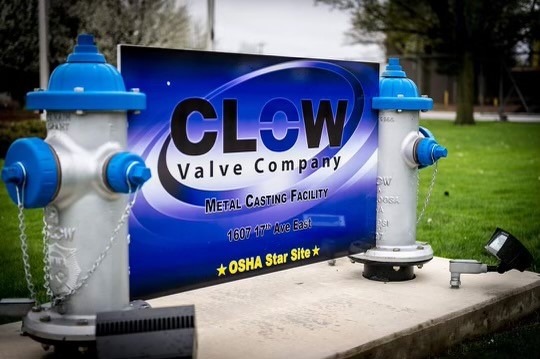 Workers at the plant inquired about joining the IAM late last year after the company significantly increased healthcare costs. Moreover, the company indicated it was potentially making additional future changes to their benefits.

“These workers stuck together and kept focused on why the wanted to be members of our great union,” said IAM Midwest Territory Special Representative Chris Tucker, the campaign’s lead organizer. “The men and women at Clow Foundry look at each other as family. They are proud of the efficient and productive work they do for this company and want to preserve good jobs in their community for generations to come. I couldn’t be more excited for these new members and their families.”

Due a sizable Spanish-speaking population at the plant, IAM organizers were sure to translate all materials about the union.

“I want to congratulate these brave men and women at Clow Foundry who stood up for a better life for themselves, their families and their communities,” said IAM Midwest Territory General Vice President Steve Galloway. “Credit for this organizing win goes to Special Representative Chris Tucker, Grand Lodge Representative Geny Ulloa, and their entire team who worked tirelessly to secure a victory for our new members. Welcome to the IAM family, Brothers and Sisters.”

The castings produced by the members at Clow Foundry are shipped to a nearby IAM Local 1498 facility, which then produces fire hydrants, water valves and other critical infrastructure.