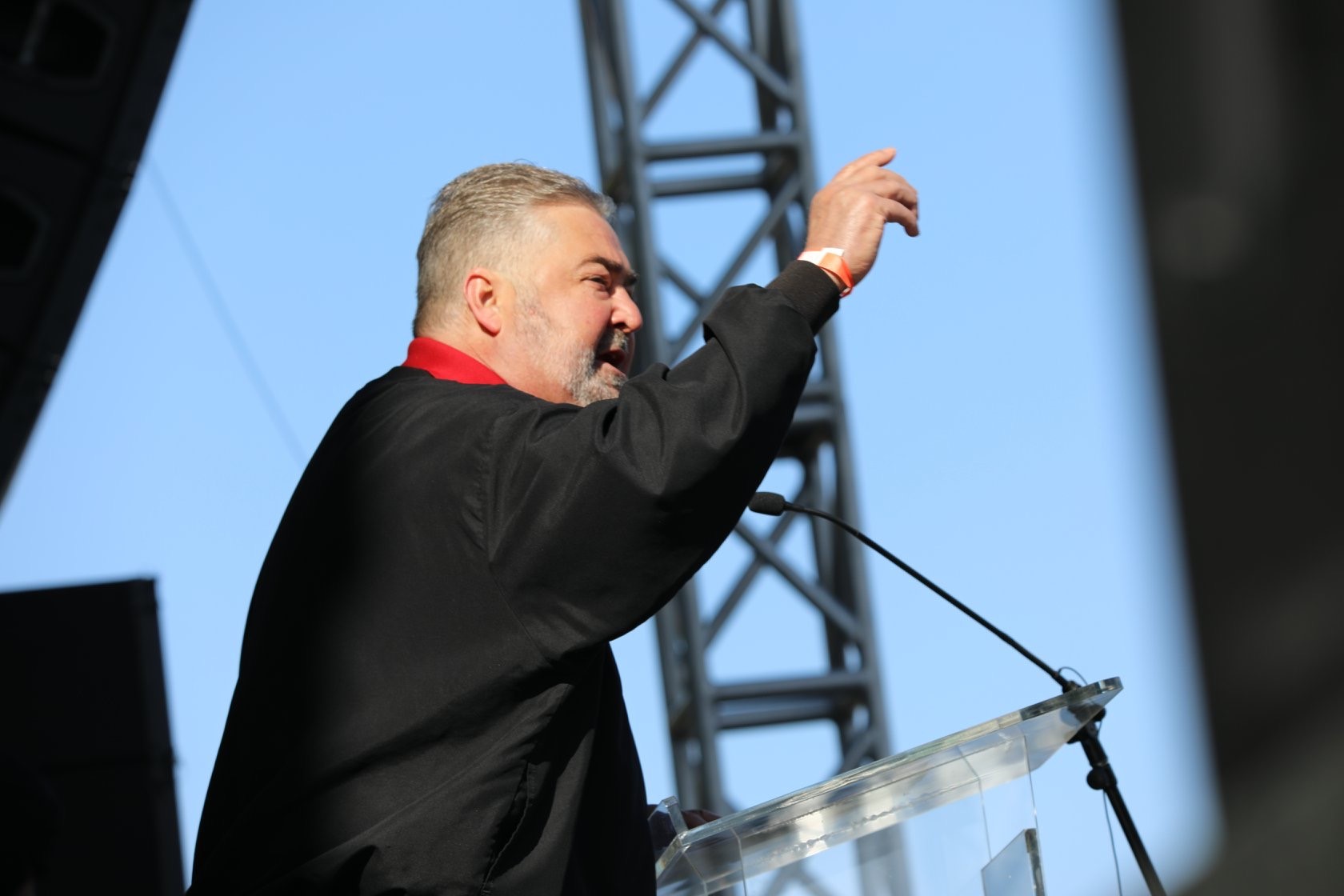 Marching among thousands in Memphis to commemorate the 50th anniversary of Martin Luther King Jr.’s death was Teddy McNeal, an African-American man and 37-year Machinists Union member who grew up on the unpaved end of a segregated street in the rural South.

“Marching in the footsteps of Dr. King gives me a tremendous sense of pride,” said McNeal, 65, who is now president of the North Carolina State Council of Machinists. “I really truly believe that it was one of the highlights of my life.”

McNeal, along with hundreds of IAM members and thousands more in the labor movement, assembled here to recall King’s legacy and revive his struggle for economic and social justice.

In the days before his April 4, 1968 death, King marched with striking AFSCME sanitation workers to demand dignity after two workers, Echol Cole and Robert Walker, were crushed and killed by a malfunctioning truck. The striking workers carried signs declaring, “I AM A MAN.”

Speakers at the I AM 2018 rally outside AFSCME Local 1733 remembered the civil rights icon and called for solidarity in the face of today’s attacks on working people.

“It is up to all of us to continue the sacred march toward justice, equality and dignity for all,” IAM International President Bob Martinez told the crowd. “We cannot, we must not, and we will not tolerate anything less!”

After the rally, IAM members, wearing shirts reading “Ask Me About My Machinists Union Dream,” marched a mile-and-a-half to the Mason Temple, where King famously delivered his “Mountaintop” speech the night before his death.