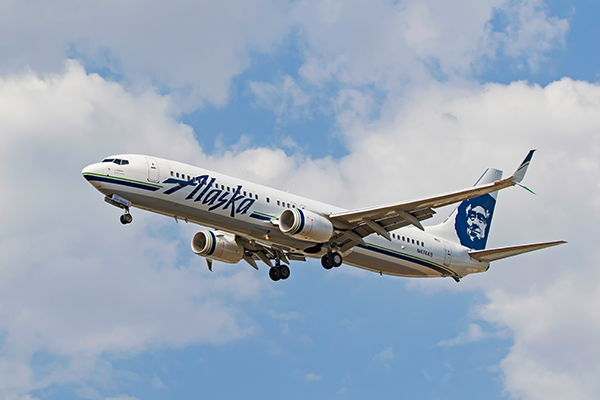 WASHINGTON, Aug. 6, 2022 – Members of the International Association of Machinists and Aerospace Workers (IAM) at Alaska Airlines are moving to the top of the airline industry’s pay scale for the first time in the carrier’s history.

The newly ratified contract at Alaska Airlines, which runs until Sept. 27, 2026, includes the following highlights:

“This newly ratified IAM agreement at Alaska Airlines has raised the bar for the entire airline industry,” said IAM Air Transport Territory General Vice President Richard Johnsen. “After keeping our world moving during the pandemic, our members at Alaska Airlines deserve the absolute best agreement possible. Today, the IAM has made that a reality.”

“Our IAM negotiating committee and the entire support staff around them had one goal in mind—obtain a contract that fairly compensates some of the best air transport workers in the world,” said IAM District 142 President and Directing General Chair John Coveny. “We have succeeded for our membership at Alaska Airlines, and we look forward to building on this contract for all airline workers.”

“The strength and solidarity of the IAM has again delivered an industry-leading contract for our membership,” said IAM Air Transport Territory Chief of Staff Edison Fraser. “This contract is going to help our members and their families live better lives and achieve their goals on and off the job.”

“IAM members at Alaska Airlines have set a new standard for airline negotiations for years to come,” said IAM Air Transport Territory Airline Coordinator Tom Regan. “We are grateful to our negotiating committee and Alaska Airlines management for joining together to do what’s best for the men and women who make this carrier a world-leader in the airline industry.”