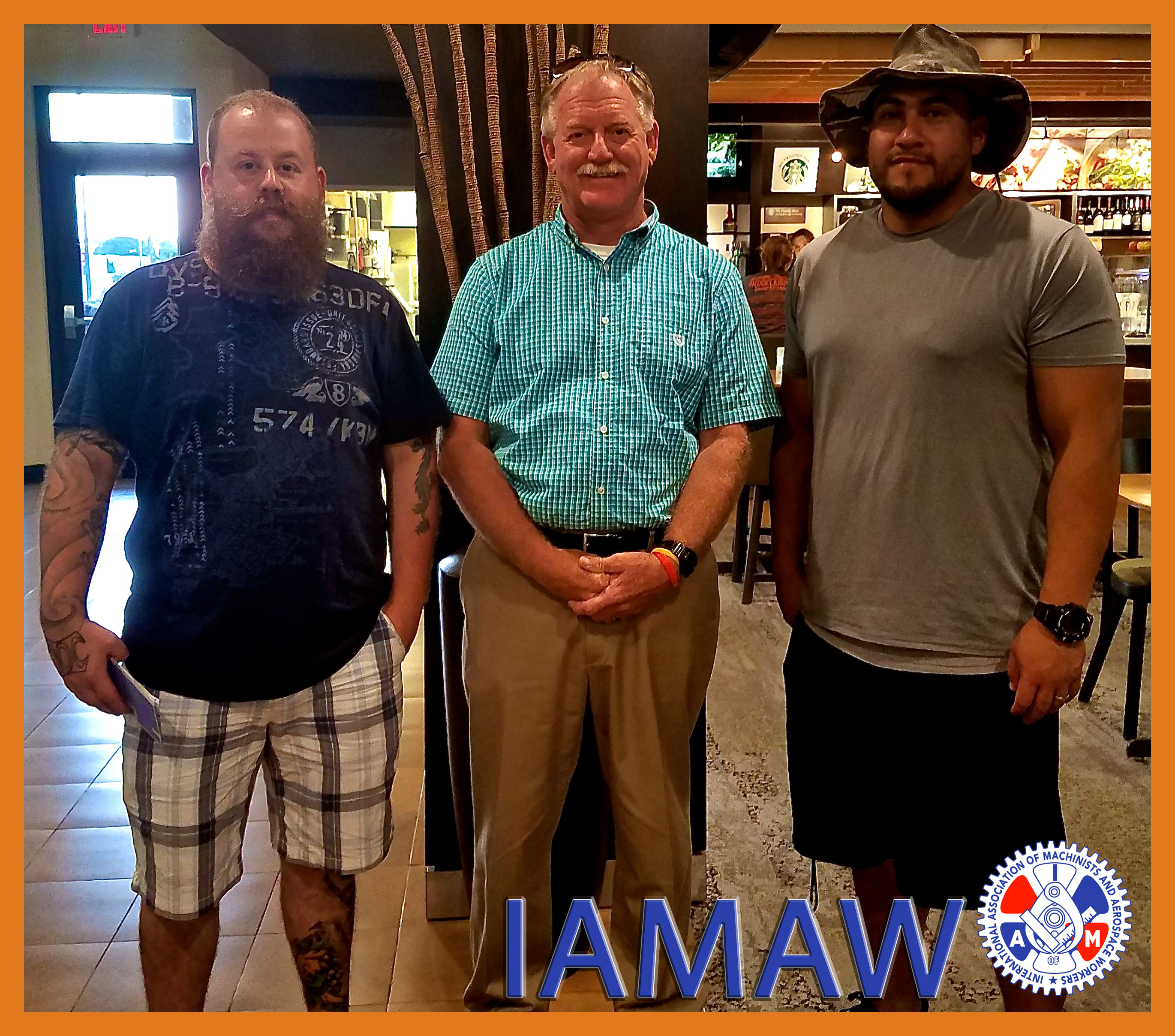 So often we forget – it’s the bravest person in the room who stands up in front of their employer and declares their desire to be a union representative. But knowing this fact in no way makes the action easier. Machinist members Guadalupe Anguano and Zacary Allan both quickly realized that when they asked to be part of the IAM team.

In February 2017, a small group working for Solution One Industries (SOI) on Sheppard AFB in Wichita Falls, TX wanted to be represented by the Machinists Union. A few months later, it was time to negotiate their first contract. And that’s when it became clear that SOI was not a fan of this idea.

“As soon as negotiations began, the company started to single Guadalupe and Zacary out. Employee writes up appeared overnight, charging these men with everything from not calling in to laying down on the job and even leaving company property unsecured,” explained District 776 Business Representative Bud Dulworth. “It was alarming how quickly they were targeted as the lead negotiators on the contract. We knew we had to do something for our union brothers.”

The case went to arbitration and struggled through stalls and appeals for more than a year. But in the end, the Machinists Union came out a winner with a ruling that supported the premise that indeed, these two men were fired for their union involvement and both deserved to be made whole again. The IAM ultimately was awarded $94,000 for these union brothers. That money covers back pay, seniority and medical costs. But this is less about the money and more about doing what’s just in the face of adversity.

“I am so proud we were able to take care of our union brothers who work at Sheppard AFB and take care of our U.S. Military family there,” said IAM Southern Territory General Vice President Rickey Wallace. “These two showed courage and determination in front of a company that held their livelihoods at stake, but yet they didn’t back down. That is the purest definition of a trade unionist.”

Anguano and Allan are thankful for the money and the union support, but the real winners here are all the people who will benefit from two men who stood up and did what was right when it mattered most.