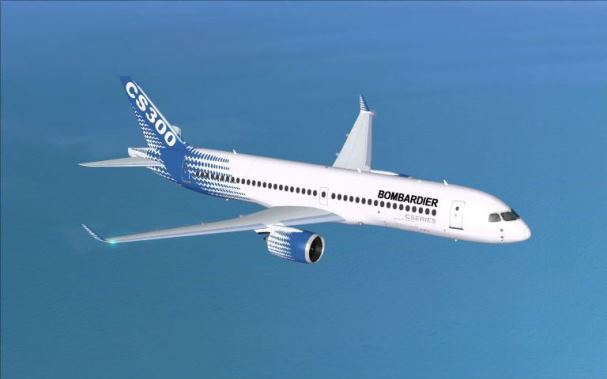 February 17, 2016 will go down as one of the most bittersweet days for IAM members involved in the Canadian aerospace industry. The day began with announcements that were both good and bad.

Air Canada announced it would purchase 45 Bombardier C Series 300 airliners with options for 30 more. The national air carrier will take delivery of its first 135-seat narrow body C Series 300 in 2019.

“This is great news for our members in Quebec and our members in Canadian aerospace,” said IAM Canadian General Vice President Dave Ritchie. “This was the deal Bombardier was looking for, recognition for a state of the art aircraft by the country’s largest airline. Air Canada is to be complimented for its commitment with this announcement and it’s a testament to our 4,500 members at Bombardier.”

But the $3.8 billion deal and a $1 billion investment from the Government of Québec wasn’t enough to avoid layoffs. The C Series program has been bleeding Bombardier resources and efforts to gain investment from the federal government have so far been unsuccessful. Bombardier announced it would trim its global workforce by 10 percent or 7,000 workers over the next two years. That cut includes 2,400 workers in Montréal.

“Some of those layoffs will be mitigated when Bombardier transfers workers to the production side as the aircraft begin to come off the assembly line,” said IAM Québec Coordinator David Chartrand.

The Québec and Manitoba governments took the airline to court stating it violated the Act and the heavy maintenance work should be returned to Canada. In December 2015, the Quebec Court of Appeal ruled that the airline had contravened the Act.

“We are astounded by the Québec government’s decision regarding the former-Aveos workers in their plight to get their jobs back,” said Ritchie. “We have yet to hear a response from the Manitoba government on what action it will take.”