A New WPA by Next Labor Day 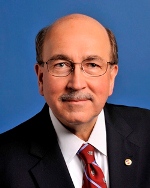 Many of us will be using this Labor Day weekend to get together with friends and family and celebrate the tremendous contribution that American workers have made to our nation. Sadly, this year’s Labor Day comes at a trying time for our nation’s workforce.

Unemployment numbers remain stuck above nine percent, as nearly 14 million workers have been condemned to joblessness. Millions more are underemployed or involuntarily working part-time jobs. And in the last month alone, the stock market has lost trillions, delivering a severe blow to the retirement security of millions of Americans.

Our country’s workers have bounced back from adversity before, and there’s no doubt that we will do it again this time. But it’s going to take innovative policies that build on our nation’s strengths and lay the groundwork for an economy that will thrive for decades to come.

There’s no better place to start than by fortifying our industrial infrastructure. America’s economic future relies on our capacity to make things that people around the world want and need.

Yet our manufacturing sector has been waning.

In July, for example, the Institute for Supply Management’s manufacturing index – an indicator of industrial business activity – dropped to 50.9 percent from June’s 55.3 percent. This was bad news for factories, as only percentages above 50 indicate that the manufacturing sector is expanding.

It doesn’t have to be this way. By harnessing the skills of the millions of Americans that have been idled by our weak economy, we can make sure that our national manufacturing sector has what it takes to compete in a 21st century economy.

What we need is an initiative in the mold of Franklin Roosevelt’s Works Progress Administration, which put millions of Americans to work in the Great Depression on projects that improved their communities.

Whether an out-of-work accountant, or a struggling dock worker, the WPA used their skills and expertise to improve our nation by building everything from LaGuardia Airport in New York, to the Griffith Observatory in Los Angeles.

Following that model, our lawmakers can get unemployed Americans working again by using federal funds to update our factories, install the most state-of-the-art equipment, revamp marketing plans and simplify the way workers are managed.

This isn’t a task solely for factory workers and engineers. It will require managers and marketers, computer programmers and custodians. It’s going to take brains and brawn to ensure that our factories are able to spark a manufacturing revolution that can help pull us out of this economic downturn.

Sadly, ideas like this are nowhere to be found in the Washington debate. What began as political gamesmanship over fiscal policy has turned into a game of Russian roulette, as lawmakers risk the economic health of our nation to score political points.

But our nation’s capital is no place to reenact a scene from “The Deer Hunter.” It’s a place where statesman should come together to solve problems.

There are no greater problems than the high rate of unemployment and the sluggish rate of economic growth. Both of these issues can be addressed by deploying federal funds right away to create a modern WPA.

Roosevelt’s WPA put 3.5 million men to work in a single year – the equivalent of finding jobs for 8 million Americans today. The program’s cost? Just $13 billion, which is equivalent to about $200 billion today.

The original WPA built 650,000 miles of road, 98,000 bridges, 125,000 buildings and 800 airports. Today, we could lay thousand of miles of fiber optic cables, cover entire neighborhoods with wifi, tear down decrepit factories and open manufacturing innovation centers in every state.

Over the past decade, our nation has spent about $1.3 trillion on the wars in Iraq and Afghanistan. So surely we have the money to create jobs for out-of-work Americans and provide economic relief for struggling families.

Creating jobs would also help restore dignity to the lives of millions of Americans who have been demoralized by months and months of joblessness. What better way to give renewed purpose to these Americans than to offer them an opportunity to take part in strengthening their nation?

This wouldn’t just be good policy; it would also be good politics. President Obama is suffering in the polls for the lackluster economy and the gridlock in Washington. Pushing through a 21st Century WPA would be a visionary step that would prove that he has the ideas and the boldness to lead us out of recession.

More importantly, if it does come to pass, a modern-day WPA would give us something to really celebrate when Labor Day comes around next year.