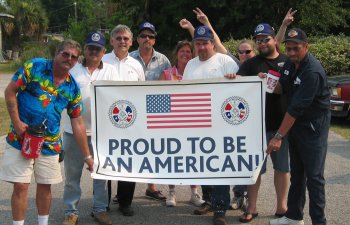 June 2, 2004, was a happy day for employees of Lafarge North America in Palatka, Florida. That’s when the ballot count confirmed what the employees knew all along; life goes better with the IAM on your side. The Palatke plant is the top producer of wallboard in North America.

We say, congratulation to all! 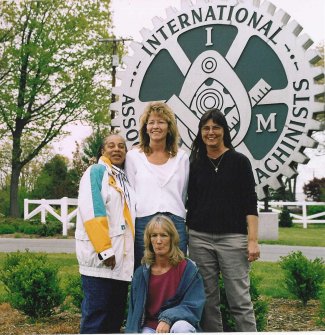 of Capitol Hill Building Maintenance at the Patuxant River Naval Base enjoyed a 60-3 victory in April 2003 and are now negotiating a contract. Here”s what they have to say about organizing with the IAM:

Juliet Hewleit I think what we did to form the union was the best thing that could happen for the future of the company and the future of the employees. Now, we have a right to speak out, to vote, to make choices and make it all better. The union brings us respect.

Toni Roberts (kneeling) We went union because we are united as employees. Instead of being singled out, we can stand united.

Dema Porter I think we did the right thing by going union for a better workplace.