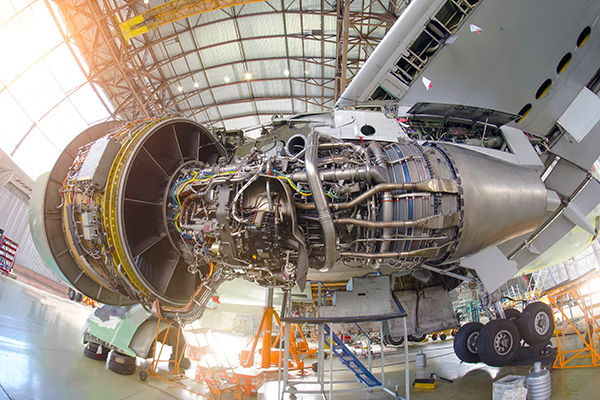 Thousands of IAM jobs have been saved or protected thanks to a federal aerospace job protection program championed by the Machinists Union.

The U.S. Department of Transportation recently released the first round of funding to more than 300 companies as part of a new federal program aimed at saving aerospace manufacturing and repair jobs amid the COVID-19 pandemic.

The IAM aggressively advocated for and won successful passage of the Aviation Manufacturing Jobs Protection Program (AMJP), which is part of the Biden administration’s American Rescue Plan. The program provides $3 billion in payroll support funding to aviation manufacturing employers, allowing them to keep aerospace manufacturing workers on their payrolls, avoid additional furloughs, and re-hire workers previously furloughed during the pandemic.

“This program will help ensure our nation’s aerospace industry will keep moving forward with the critically important workforce it needs,” said IAM International President Robert Martinez Jr. “I want to thank the hard-working staff in the IAM Political and Legislative Department who won bipartisan support to ensure these highly-trained and skilled jobs remain intact as our nation’s aviation industry goes through one of the hardest moments in history.”

The U.S. DOT this week announced the release of $482.3 million in funding to 313 businesses, including approximately 20 with IAM-represented employees like Spirit Aerosystems, Pratt & Whitney, Hexcel Corp., and Learjet.

The IAM, the largest aerospace union in North America, has been urging U.S. aerospace employers to apply for funding from the federal program.

“Our nation’s aerospace industry has been successful due to the diligent and hard-working workers they employee. That’s why it’s so important that these workers remain on the job,” said IAM Aerospace General Vice President Mark Blondin. “These men and women are very important to the vitality and recovery of our nation’s aviation industry.”

The IAM’s effort has already saved thousands of IAM-represented jobs.

For example, the U.S. DOT provided $75.5 million to Spirit AeroSystems, which is estimated to save 3,214 jobs. Spirit, based in Wichita, KS, is a major supplier for the Boeing Co.

Machinists Union members were among many workers in the aerospace industry who experienced layoffs and furloughs because of COVID-19. While air travel dropped significantly during 2020, so did the need for parts, repairs, modifications, and other services, hurting aerospace supply chain companies.

Nearly 100,000 aerospace jobs have been lost since the pandemic, and many more may be at risk. But, thanks to the efforts of the IAM and our allies in Congress, this program will go a long way to stop the bleeding and bring our members back to work.