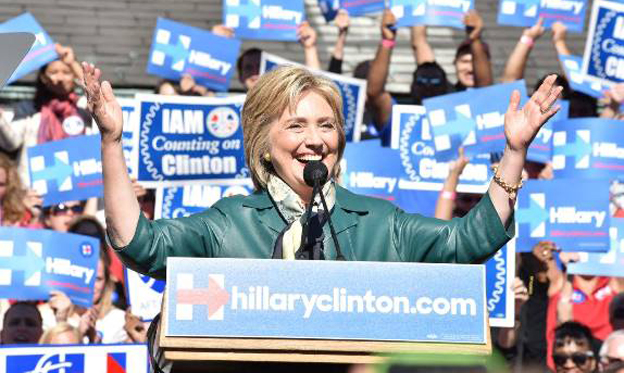 The American Federation of Government Employees (AFGE) announced its endorsement of former U.S. Secretary of State Hillary Clinton in the 2016 presidential election.

“Secretary Clinton shares AFGE’s vision for a strong and vibrant government workforce that has the necessary tools and support needed to deliver vital programs and services to the American public,” said AFGE National President J. David Cox Sr. “In a Clinton White House, working families will have a powerful ally in the ongoing fight to raise wages, create good jobs, expand benefits, and preserve workplace rights and protections.”

The AFGE joins the IAM and nearly 20 other labor unions in supporting Clinton. The IAM was one of the first major unions to endorse Clinton based on her commitment to the needs of American working families.

The AFGE represents 670,000 federal and D.C. government employees nationwide and overseas in virtually all functions of government and in every federal agency.