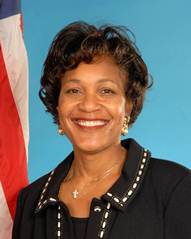 After a career as labor activist that spanned more than four decades, AFL-CIO Executive Vice President Arlene Holt Baker has announced her retirement.

Holt Baker will be leaving her position after the AFL-CIO national convention in September.

“Arlene Holt Baker has been a devout, dedicated and inspirational advocate for working families and the U.S. labor movement,” said IAM International President Tom Buffenbarger. “The IAM thanks her for her many years of service and wishes her the best in her retirement.”

Holt Baker is the first African American to serve as Executive Vice President of the AFL-CIO. She previously worked as a grassroots organizer and California area director for AFSCME.

Holt Baker says that while she is retiring from her position, she is not leaving the labor movement “until the day [she] dies.”