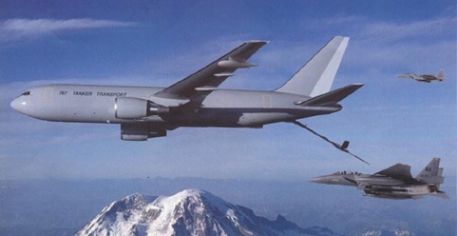 Boeing’s bid for the Air Force’s $35 billion aerial refueling tanker contract is the clear choice for investing in American workers, skills, security and future, according to the presidents of 10 AFL-CIO state federations in a letter to Defense Secretary Robert Gates. “Given the current state of the U.S. economy, taxpayer dollars shouldn’t be funding the economic growth of European countries. This money should be invested at home,” the state fed leaders wrote. “The U.S. military and the American citizens it protects should not be put in a position where any foreign government has control over our nation’s military capabilities.”

If Chicago-based Boeing is awarded the air tanker deal, the contract would support at least 44,000 new and existing jobs in the United States, many of them union jobs, as well as more than 300 suppliers in 40 states.

Awarding the largest single military contract ever to Toulouse, France-based EADS would not only be counterproductive to efforts to revive America’s economy, it also would jeopardize the U.S. industrial base and risk our security by giving EADS and all of its foreign suppliers the technological specifications of every military plane that the tankers refuel, the letter says.