Amtrak’s Next Generation Trains to be Built by IAM Members 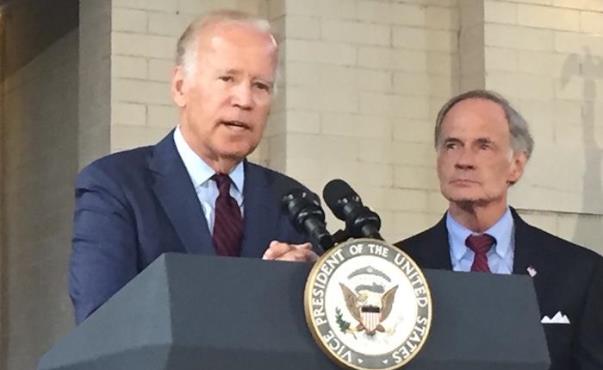 You’ll soon be able to take Amtrak up and down the northeast corridor in plush high-speed trains. The best part? They’ll be made by IAM members.

“I’d like to thank International President Martinez, the IAM Legislative Department, IAM District 19 and the skilled IAM workers at Alstom for making this happen,” said Transportation General Vice President Sito Pantoja. “This is the kind of thing that not only changes the lives of current and future IAM members, but it also changes entire communities.”

“This is a major deal that will create about 500 high quality IAM jobs in Hornell, New York,” said International President Bob Martinez. “I’d like to thank the IAM’s Legislative and Transportation Departments for their dogged determination over many months to get this done.”

Part of the $2.45 billion in federal loans will be used to upgrade the passenger railroad’s current fleet. Amtrak will contract with Alstom to build 28 next-generation high-speed train sets that will replace the trains used as part of Amtrak’s Acela Express service. The trains will be built at Alstom’s Hornell and Rochester, NY facilities.

“This loan is a key step to providing investments needed to help keep high-speed trains moving throughout the region, and to help all commuters in the northeast corridor,” said Biden. “We need these kinds of investments to keep this region — and our whole country — moving, and to create new jobs.”