An Injury to One 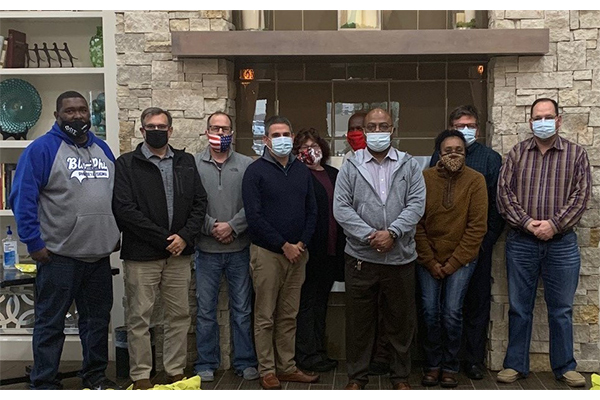 In the small town of Hooks, TX, more than 500 members of IAM Local 1243 rebuild vehicles that are vital to our nation’s military. They work at Red River Army Depot (RRAD) for Amentum, a company that has the contract to make various repairs and completely rebuild High Mobility Multipurpose Wheeled Vehicle (HMMWV or Humvees), Bradley Fighting Vehicles, Multiple Launch Rocket Systems (MLRS), Mine Resistant Ambush Protected (MRAP) vehicles and other vehicles for the U.S. Army. 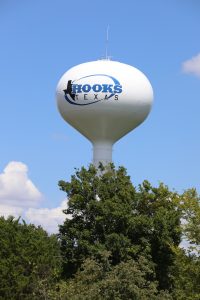 IAM members at RRAD take their jobs seriously and have great pride in being part of the mission and to help protect our soldiers.

For Local 1243 Secretary-Treasurer LaBarbara Walker, the pride she has is deeply personal. Her daughter has made a career of serving in the U.S. Air Force.

“It is very rewarding work because you know you’re keeping our soldiers safe,” said Walker. “You always do your best and never take shortcuts. We have a saying that you build it like your life depends on it, because theirs does.”

Walker has more than nine years with the company and works as a mechanic in the rubber shop. She’s been involved in the union since day one and was the local’s first Secretary-Treasurer.

“People love the work they are doing, because it makes you feel like you’re a part of something,” said Harvey. “It seems like everyone has a family member or a friend that has gone overseas to war, so it gives you great pride in knowing the quality of work you do can help keep them safe.”

Harvey started working at RRAD in 2007, and has been active in the union since he helped his coworkers organize and join the IAM in 2014.

“The contractors were getting treated really bad and it wasn’t getting any better,” said Harvey. “So the first chance we got, we jumped on it. We got cards signed and haven’t looked back. We have been trying to build solidarity and have a better unit ever since.”

That task hasn’t always been easy due to the many challenges the membership has faced.

Employees working under U.S. government contracts deal with situations many working in the private sector don’t. Members often find themselves working for a new employer and having to negotiate bridge agreements every few years as new companies win bids for the work.

Government contracts are also subject to fluctuations in demand of production. This has led to two massive layoffs in recent years for the Local 1243 members at RRAD. Upon joining the IAM, there were over 1,000 members. Membership numbers have dropped all the way to 400, but now there are little more than 500 members.

Losing half the jobs in the local can undoubtedly create feelings of reservation heading into negotiations, but the Local 1243 leadership wasn’t going to let that (or a global pandemic), keep them from building upon what was started six years earlier. 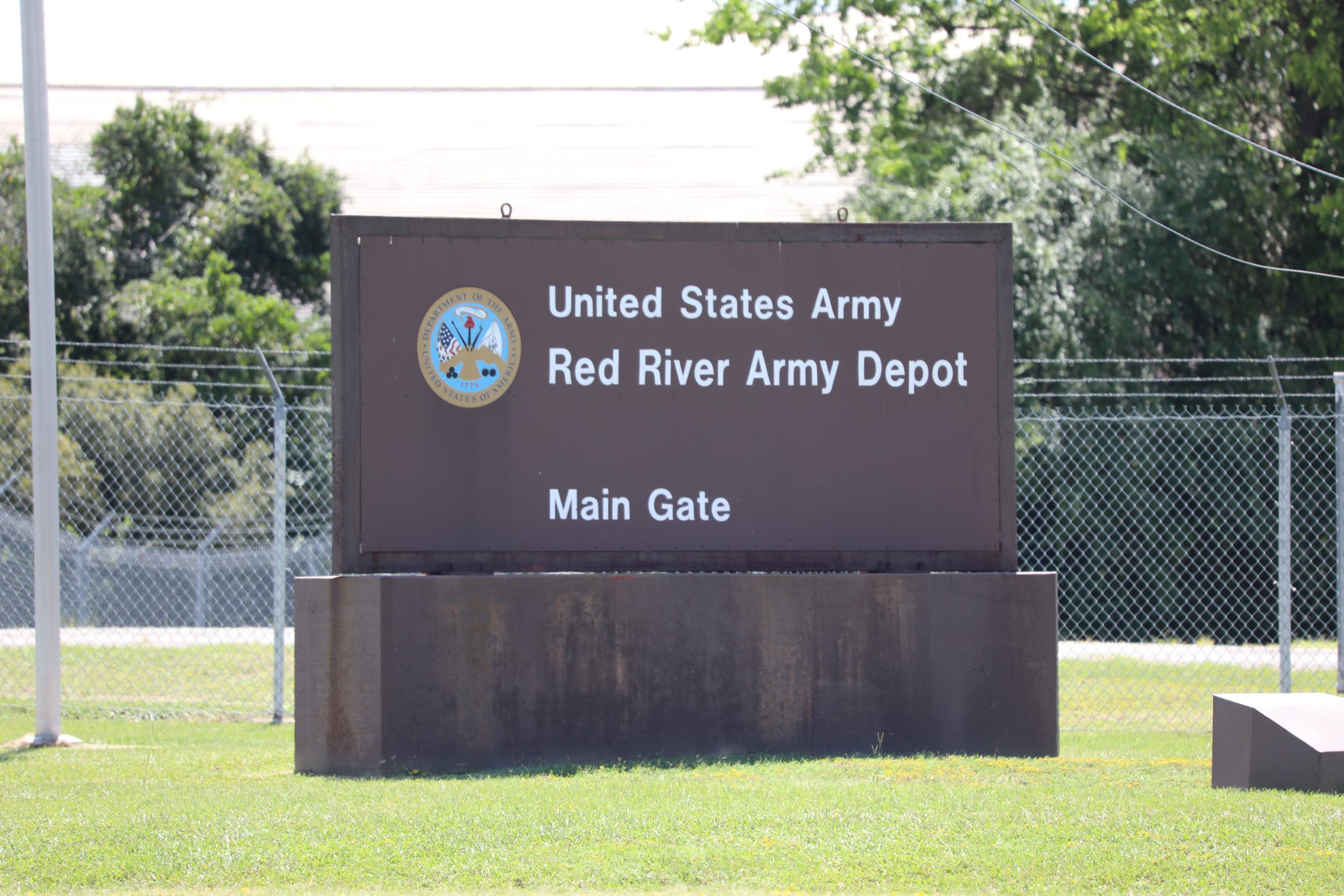 The Negotiating Committee, along with Business Representative Melone Wey, participated in a Negotiations Prep course facilitated by the William W. Winpisinger Center. Working with their IAM Aerospace Coordinators, they put together a negotiating strategy to secure a solid contract for their members.

One thing that wasn’t in their negotiation preparation was COVID-19. As the deadly pandemic took its tight grip on the world, in-person meetings were scrapped, travel was restricted and social distancing became the norm. Trading face-to-face bargaining sessions in hotel meeting rooms for Microsoft Team’s calls on laptops is just one of the many aspects of bargaining that has changed during COVID.

“You get a much better feel for people when you’re in the same room,” said District 171 Directing Business Representative Ben Moody. “You have to put a lot of trust in the other side of the table, something that doesn’t come easy during negotiations. It can be hard to build a rapport over video conference.

“I thought we had a solid proposal going in, the group had good contract and we were trying to build on that,” said Moody.

It didn’t take long for the committee to realize the company wasn’t on the same page when it came to the contract they were looking for.

“It was a struggle at first,” said Harvey. “They wanted to rip up everything we had earned before that and start over with a whole new contract. That just wasn’t going to work.”

One of the biggest issues at the table for the committee, was the same issue looming over most union contract negotiations in the United States: Healthcare.

The current contract consisted of an 80/20 medical insurance plan, where the employee pays 20 percent of the costs. Amentum wanted to abandon that plan and pay money for each hour worked, then employees could purchase the very same insurance on their own.

The changes in health insurance proposed by the company would have a dividing effect on the membership. Those opting to purchase insurance for an individual would initially profit from the extra money on the hour, while those needing to insure an entire family would end up paying over $10,000 a year out of pocket.

“As president of the local, it was totally unacceptable,” said Harvey. “I represent everyone as a whole and can’t accept something that benefits some and hurts others. We told them it was unacceptable and the membership would be ready to strike.”

The medical insurance changes proposed by the company in the middle of the COVID-19 pandemic couldn’t have been more ill-timed. With the entire country dealing with a rising death toll, mounting jobs losses and increasing cost of goods, forcing families paying thousands of dollars more for the same heath care seemed callous and cruel. 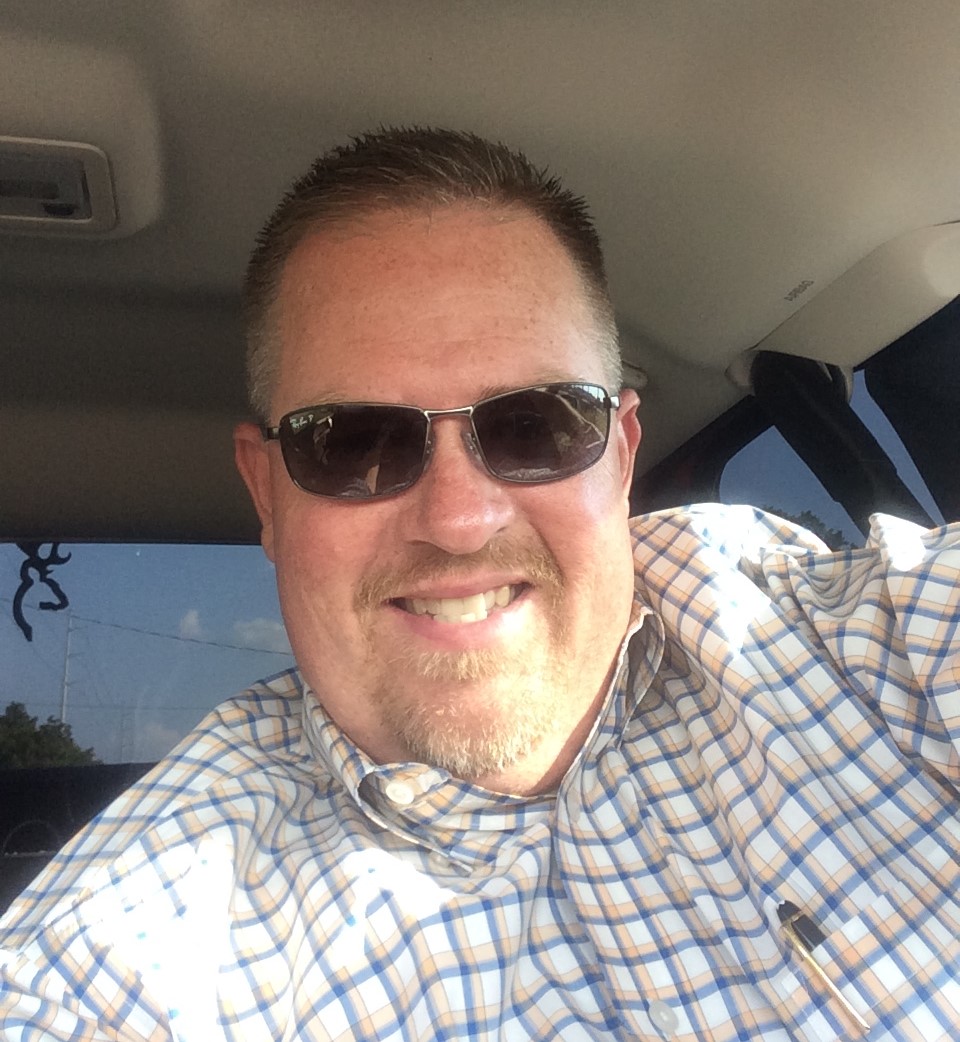 Local 1243 Negotiating Committee member Trey Evans contracted COVID-19 during contract negotiations. Being sick, a hospital visit and having a fever that reached 107 degrees wouldn’t stop him from attending every bargaining session via video conference.

“I got up and was feeling a little bad, but by 10 a.m. I could tell something was wrong,” said the heavy equipment operator Evans, who has worked at RRAD for 15 years. “I went and got tested and ended up being positive for COVID-19. I was pretty sick for a while, I felt horrible.

“I had fevers as high as 107 and lost my sense of taste. I went to the hospital at one point and got put on some kind of medication. It was a rough time,” said Evans.

Evans was one of the first people to contact the IAM about organizing, and has been involved with the union ever since. COVID wasn’t going to keep him from his duties.

“Even battling COVID with high fevers, I never missed a day of negotiations,” said Evans.

The company’s last, best and final offer had some improvements but still included the abandoning of the provided health insurance, but slightly increased the hourly rate to purchase the insurance.

“Having COVID at the time, I feel I had a different perspective than anyone else,” said Evans. “I took the changes to healthcare very personal. I felt they didn’t care about me at all.”

“The insurance proposals were a slap in the face with what they were intending to do,” said Moody. “It was the exact same insurance, but was going to cost some a heck of a lot more. We recommended to reject the contract and go out on strike.”

The negotiating committee went straight to work, tapping into all their resources at the IAM Southern Territory, Aerospace Department and IAM Headquarters. Fliers were created and distributed to educate the membership on the healthcare changes being proposed. The committee saw it important to explain the negative impact the changes would immediately have on families and how the cost of healthcare would eventually surpass any increase in pay members would see.

“These kind of changes would be catastrophic to members with families,” said Harvey. “Especially for anyone who had special needs when it comes to healthcare. You would have to get a second job or find a better paying job, which there aren’t many of those around here.”

“If we had been forced to accept those changes, it would have been devastating to people,” said Evans. “You have to have insurance, but people wouldn’t be able to afford it. They would have to make drastic changes in their lives.”

The membership responded in the way the committee had hoped. Momentum for rejection was gaining and the members made it clear they would do whatever it took to get a contract they deserved.

Amentum responded by making a change to their last proposal. One that kept the insurance of the current contract, and even had increases to Sickness and Accident insurance. These changes were enough for the Negotiating Committee to change from a “vote no and strike” to a full endorsement. The membership responded by ratifying the new three-year agreement. 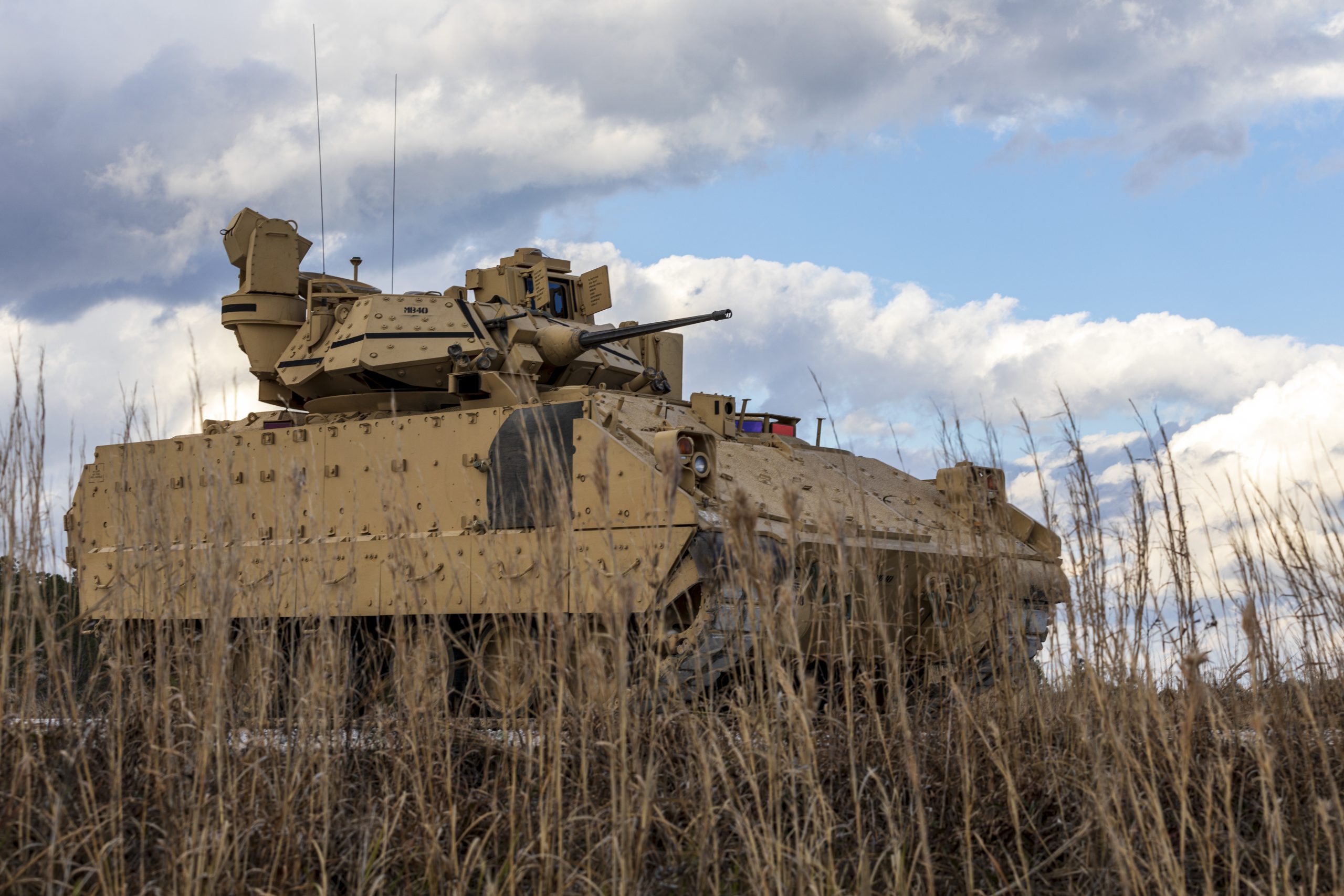 “The membership’s solidarity is what got them this contract,” said Moody. “A lot the credit goes to the entire negotiating team, including the District and the Aerospace Department. Melone Wey was instrumental in getting the team prepared for negotiations.”

“I’m so proud of the membership and leadership of Local 1243,” said IAM Southern Territory General Vice President Rickey Wallace. “They were willing to put the needs of the entire group ahead of individual gains. For this young unit to respond in such a way, after all they have endured, makes us all excited to see what the future holds for these members.”

What was displayed at the negotiating table and on the shop floor was the true definition of selfless unionism. Members who would benefit from a situation, standing in solidarity with those who wouldn’t – defending the union motto of “An injury to one, is an injury to all.”

“We had a very strong committee and a great support staff,” said Harvey. “This was the strongest group I have ever been a part of. When you have people that care about others more than they care about themselves, you’re always going to get good results.”

“Most impressive of the entire process was that we had individuals who were looking at a pay increase due to the new structure, but spoke against the changes because they knew they were elected by the members who wouldn’t want it,” said Moody. “I never got the sense they even let it cross their mind.”

“You have to go in there with everyone’s interest at heart,” said Walker. “If you don’t have a passion for people, you have no business being a union steward or a negotiator.”

While Local 1243 President Harvey is thankful for a new contract, he says there is still much work to do.

“A good contract is nice because it brings calm and peace to everyone, especially in these crazy times,” said Harvey. “I’m not resting though, I’m constantly trying to figure out what I can do to help our members every day.

“In three years we are going to have to negotiate again,” said Walker. “I hope more people will get on board and be more involved because of this. That way we can be even more successful at the table.”