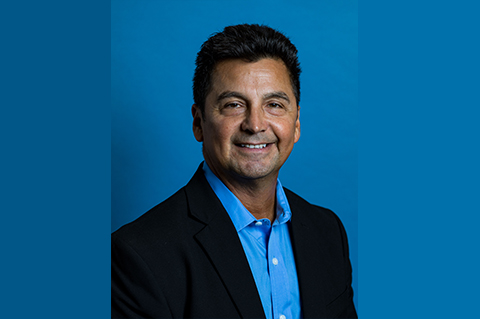 “Tony is a true trade unionist and a well-respected labor leader in North Carolina.  He has always been an asset to workers and proudly carries the value of a Fighting Machinist in everything he does,” said IAM’s Southern Territory General Vice President Rickey Wallace. “We are excited to bring him on staff so he can continue fighting for workers to have a strong machinist contract that allows them fairness and a voice on the job.”

Cruz initiated into the Machinists Union in1992 when he was working as a powered support systems repairer at the Marine Corps Air Station in Cherry Point, NC and has been a dues paying member of Local 2297 ever since. As a veteran of the U.S. Marine Corps himself, Cruz has seen firsthand the power of solidarity and how a just cause is always worth the fight.

“Tony’s tireless work ethic and energy make him a great fit for our team. His experience on working a variety of negotiations gives workers a powerful voice in the southern territory,” said Wallace. “His specialized knowledge in the federal, private and SCA arenas is something we were looking for when filling this position.”

From shop steward to chief steward to communicator and everything in between, Cruz became the Directing Business Representative of District 110 in 2014. He has served as Trustee, Organizer, Committee Member and Lead Negotiator on a number of contracts in North Carolina. His unending belief that unions provide a better life for working people remains the driving force of his career and his personal life and make him an asset to the IAM.