Apprenticeships: Working from Day One 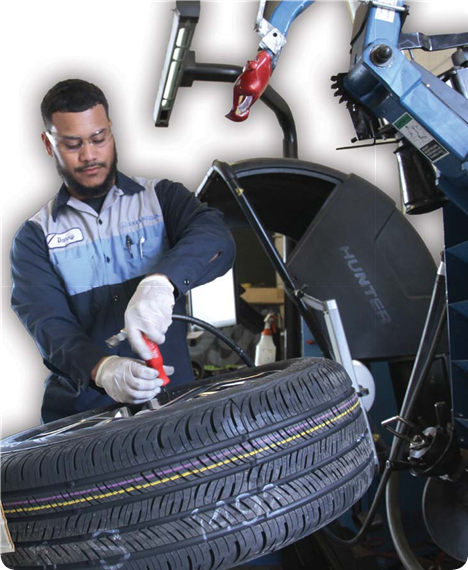 Danny Estrella, an IAM Local 447 automotive mechanic, knew he wanted to work with cars since he was a high school freshman at Passaic County Technical Institute in New Jersey.

In Estrella’s junior year, IAM CREST Apprenticeship Coordinator Ira Stern visited the school to introduce students to the union’s automotive and diesel technician apprentice program. It’s funded through grants from the state of New Jersey and the IAM. As a registered program with the Department of Labor, it is mandated that candidates come from disadvantaged backgrounds.

“We take young people straight out of high school,” said Stern. “I have relationships with about 20 different schools throughout northern and central New Jersey.”

Estrella didn’t even know what a union was before Stern came to his school.

“We took a test for the apprenticeship program,” said Estrella. “They chose a couple of kids to do an interview on it, and luckily they chose me to do this and I love it. I’ve been here ever since.”

“We are bringing these smart young kids a chance for a better life and a great career, and providing the great technicians these companies demand,” said IAM District 15 Directing Business Representative Juan Negron.

Estrella, 23, now recognizes the value of his apprenticeship and having an IAM contract, compared to some of his friends and other non-union mechanics.

“They don’t have the same benefits I get here. They don’t have a 401(k); they don’t have medical insurance,” said Estrella. “It’s pretty interesting how from here to when I’m 60 years old, it could be a really big difference. To me that really matters.”

When considering candidates, Stern looks for someone he hopes will be dedicated to the program.

“The employers don’t really need you to have somebody that’s technical and knows something about auto mechanics. But it doesn’t hurt to have that,” said Stern. “More than that, we want somebody that’s committed to this as a career.

Once accepted to the four-year program, apprentices earn while they learn. During the day, they work full-time jobs at auto dealerships and truck leasing companies, where they learn from experienced skilled IAM master mechanics.

“It was a convenience to work full-time hours and go to school at night,” said Estrella. “I was coming into school with my Honda uniform on. There were guys double my age just starting the program and they’re paying for school and I’m not. You have to make a real personal commitment to the program.”

Stern believes employers like Planet Honda participate in the program because they get workers who are eager to learn.

“They learn to do it their way and don’t have to undo bad habits or have to re-learn something,” said Stern. “The employers get to grow their own loyal employees who are committed. We get good union employees as a result also, by the way.”

In Chicago, IAM Local 701 set out to build a wall-to-wall, union-run training center to teach their future IAM technicians. For the program to be successful, they needed employer support for money, state-of-the-art equipment and other resources.

“We’re doing it the way we feel it should be done without worrying about making money off the students,” said Local 701 Training Director and Lead Instructor Louie Longhi.

For-profit training centers can cost students well over $35,000, with years of debt ahead of them. IAM apprentices are not charged tuition for the four-year program.

“I look at it like we have a member from cradle to grave,” said Local 701Directing Business Representative Sam Cicinelli. “We’ve trained this individual to put food on his table for his family forever and ever.”

The IAM has consistently seen apprenticeships as valuable methods for on-the-job training and promotes them across the country. It works with locals and districts, as well as the Department of Labor to increase apprenticeship opportunities to prepare our members and future members for the skilled work of the future.