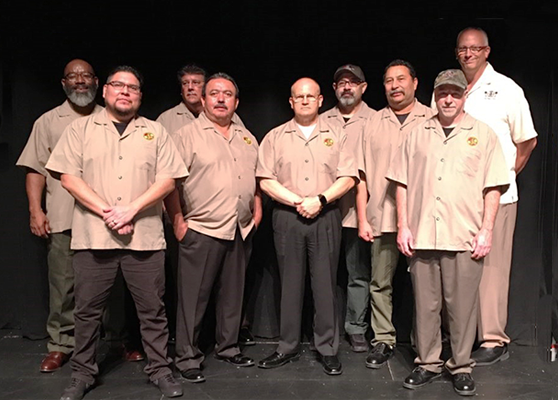 With a united front and a firm resolve at the bargaining table, Machinists Union members at Local Lodge 933 have ratified a new agreement with Raytheon Missile Systems in Tucson, AZ.

“The members really came together and rallied around their Bargaining Committee,” said Western Territory Grand Lodge Representative Steve Nickel. “With a loud and unified voice, they sent a clear message to the company that they would settle for nothing less than a fair agreement.”

The new five-year agreement comes with $11,000 in lump sum bonuses and over 15 percent in wage increases throughout the life of the contract.

“This agreement is a testament to the solidarity of everyone involved at Local Lodge 933,” said Western Territory General Vice President Gary Allen. “Working families in Tucson and the surrounding areas will be feeling the positive impacts of this contract for years to come.”

“I am very proud of our membership at Raytheon for standing strong for the contract they deserve,” said International President Bob Martinez. “These highly-skilled men and women are an example to all working people of what can be accomplished when we are united.”

“These negotiations were about addressing our members’ needs, healthcare costs, wages and job security,” said Local Lodge 933 Directing Business Representative Louie Martinez. “With the hard work from the committee, GLR Steve Nickel, Aerospace Coordinator Tony Blevins and the International, we were able to accomplish what the members asked for, a fair and equitable contract.”

Other significant gains include:

Aerospace Coordinator Tony Blevins also weighed in, “This is the direct result of working together for the betterment our members, their families and our communities’ lives,” said Aerospace Coordinator Tony Blevins. “Local 933 DBR Louie Martinez and GLR Nickel led this great negotiating team as a team. I could not have been prouder to have worked with such great IAM members who all had a common goal, nothing less than a fair agreement.”