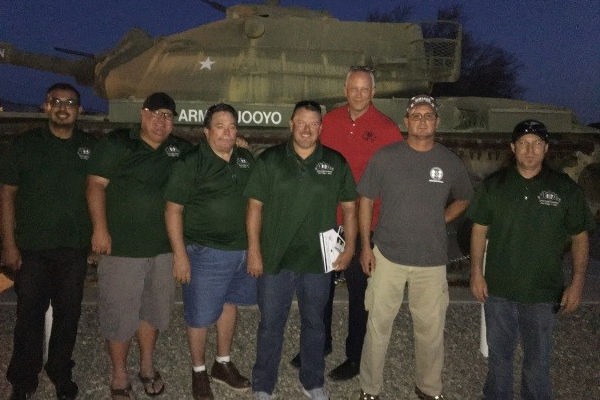 After a hard fought battle at the negotiating table, IAM members working for TRAX International at the Yuma Proving Ground have ratified a one-year collective bargaining agreement.

The newly organized unit showed strength through solidarity by overwhelmingly rejecting the company’s first offer because it did not include strong enough retirement security.

The negotiating committee led by Grand Lodge Representative Steve Nickel were called back to the table and were ultimately able to negotiate the IAM Pension Plan into their contract; a significant victory in a right to work state.

“The committee showed unrelenting resolve at the table,” said Nickel.  “They worked extremely hard throughout these negotiations and our members now have a pension to show for it.”

That wasn’t the only victory in these negotiations. Through an information request, the committee found that TRAX had been overcharging employees for their share of the healthcare plan they participate in to the tune of $120,000 that TRAX will be reimbursing their employees for.

“This committee did a journeyman’s job,” said Western Territory General Vice President Gary Allen. “They fought for justice and secured the futures of our members and their families. A job well done by everyone involved.”

There are over 700 workers covered under this agreement that are represented by the newly formed Local SC 310 that serves Service Contract workers at various companies at the Yuma Proving Ground.