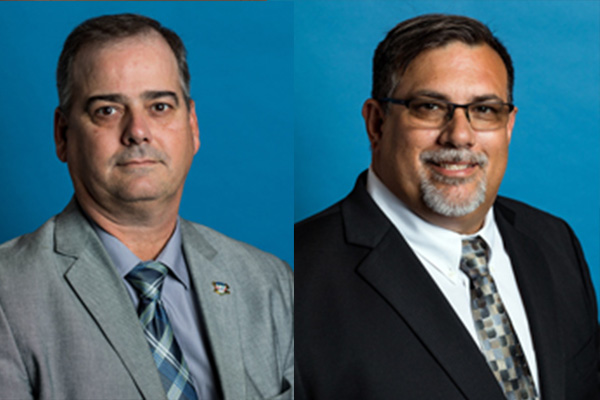 “Mark Love and Rod Hoffman spent their entire working lives taking care of our members in the Aerospace industry,” said IAM Aerospace General Vice President Mark Blondin. “We will miss their expertise and passion for getting our members the best contracts in Aerospace. They both are respected and admired by union members nationwide, and we all wish them well in their hard-earned retirements.”

Wirth joined the IAM in 2003 as a member of Niceville, FL Local 20, at Eglin Air Force Base. He served as the local’s Secretary-Treasurer and on its Negotiation Committee from 2003-2008. He was elected District 75 Business Representative in 2008, became a Special Representative in 2015 and a Grand Lodge Representative to the Southern Territory in 2016.

“Bobby and Tony are well respected representatives who have worked extremely hard in their current assignments,” said Blondin. “In their new positions, they will continue to ensure that the IAM is the union of choice in Aerospace representation and collective bargaining.”