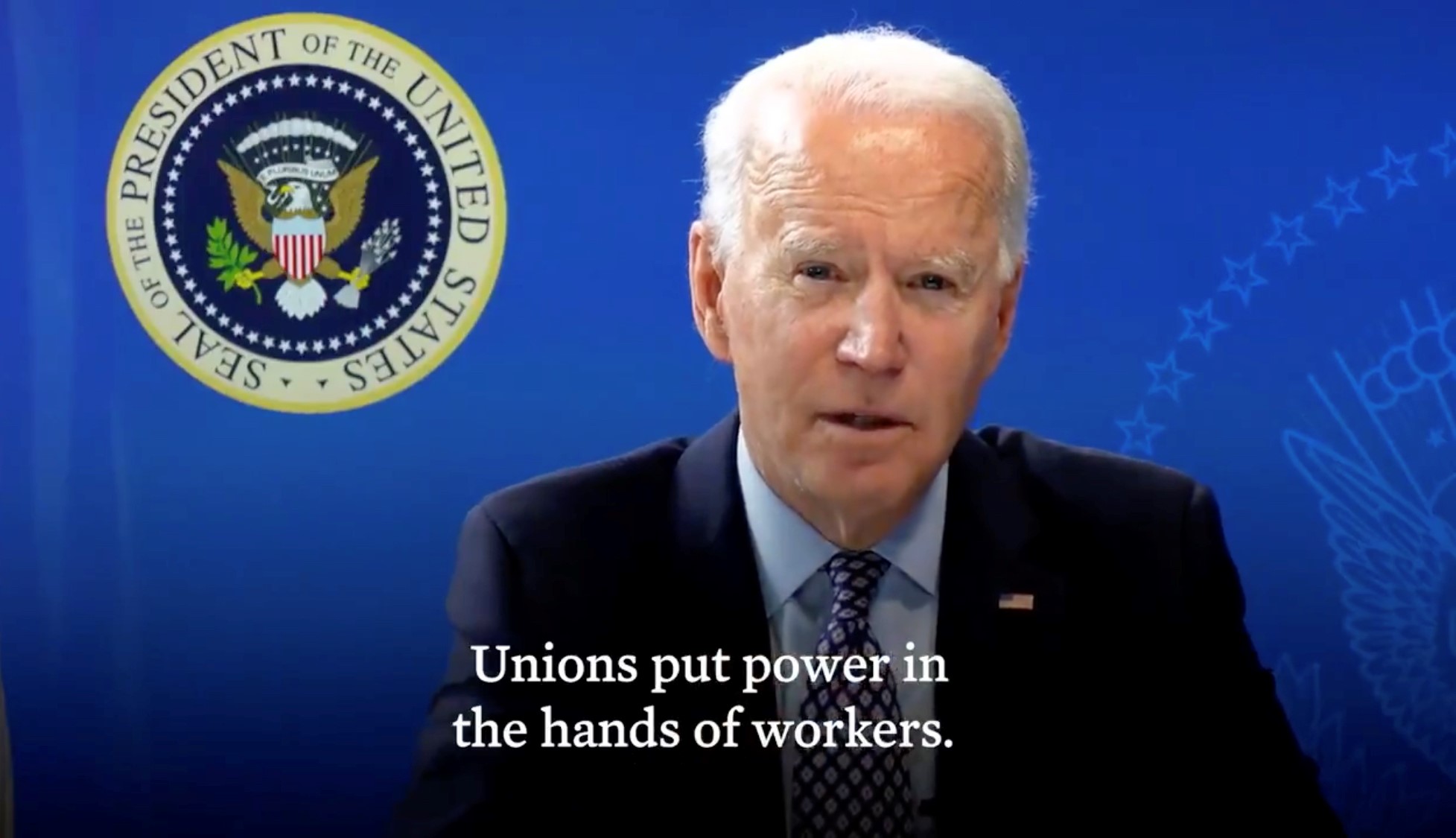 President Joe Biden is backing up his campaign promise of being a pro-union president by supporting worker’s efforts to form a union at the Bessemer, AL Amazon facility. Biden released a video stating that every worker should have a free and fair choice to join a union.

“I have long said America wasn’t built by Wall Street, it was built by the middle class and unions built the middle class,” said Biden. “Unions put power in the hands of workers. They level the playing field. They give you a stronger voice for your heath, your safety, higher wages protection from racial discrimination and sexual harassment.”

Workers in Alabama – and all across America – are voting on whether to organize a union in their workplace. It’s a vitally important choice – one that should be made without intimidation or threats by employers.

Every worker should have a free and fair choice to join a union. pic.twitter.com/2lzbyyii1g