October was a busy month for IAM representatives at District W2 as two of their contracts were back on the table. Machinist members ratified agreements with both aerospace contractor Delaware Resource Group (DRG) and manufacturer Koppers, Inc. in North Little Rock, Arkansas. 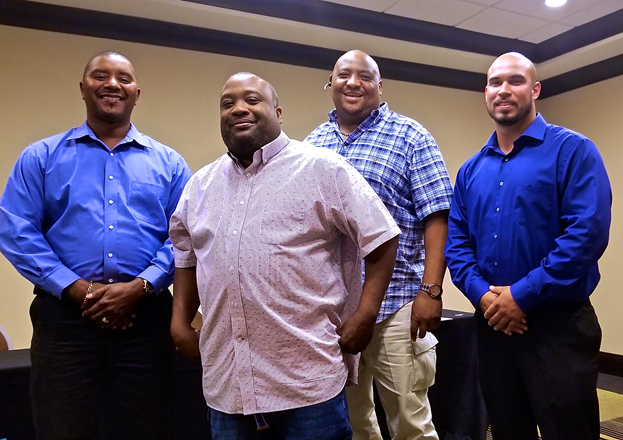 This is a perfect example that regardless of the industry, the IAM has the know-how to bring home a strong contract for its’ members.

“What set us apart at both tables is that each company was asking for big changes that would have hurt our membership,” said District W2 Assistant Directing Business Representative Melone Wey. “But I am proud to say, the committees held their ground and did what was right for the men and women who hold these jobs.”

“The IAMAW has the expertise to sit at tables in nearly every industry across North America. That’s because we understand that to succeed in the future means to diversify in the present,” said IAM Southern Territory General Vice President Rickey Wallace. “But no matter the sector, a good, strong contract means the agreement will take care of our members and their families, and help the future of the industry remain viable so these jobs are available for the next middle class.”

Over the three-year agreement, the employees of Koppers, Inc. will receive a wage increase of nearly 3 percent yearly, training pay, access to a Machinist-approved benefit program and classification upgrades.

Machinist members at DRG negotiated some of the same improvements for their members including health and welfare increases, stronger pension contributions and changes to vacation, flex and holiday policies which will benefit these workers and their families.

Aerospace Chief of Staff Jody Bennett joined members at the table for the DRG negotiations because this group spans multiple locations.

“This was a strong win for the IAM because the members were able to smooth out the wrinkles in many aspects of their contract. One specific area we were able to make changes was in the vacation/FMLA realm, an area of contention for our members,” explains Bennett. “I was proud we were able to negotiate a compromise that worked for both sides. But that’s where the IAM’s expertise comes to play; our experience across this industry gives us an edge like no other.”