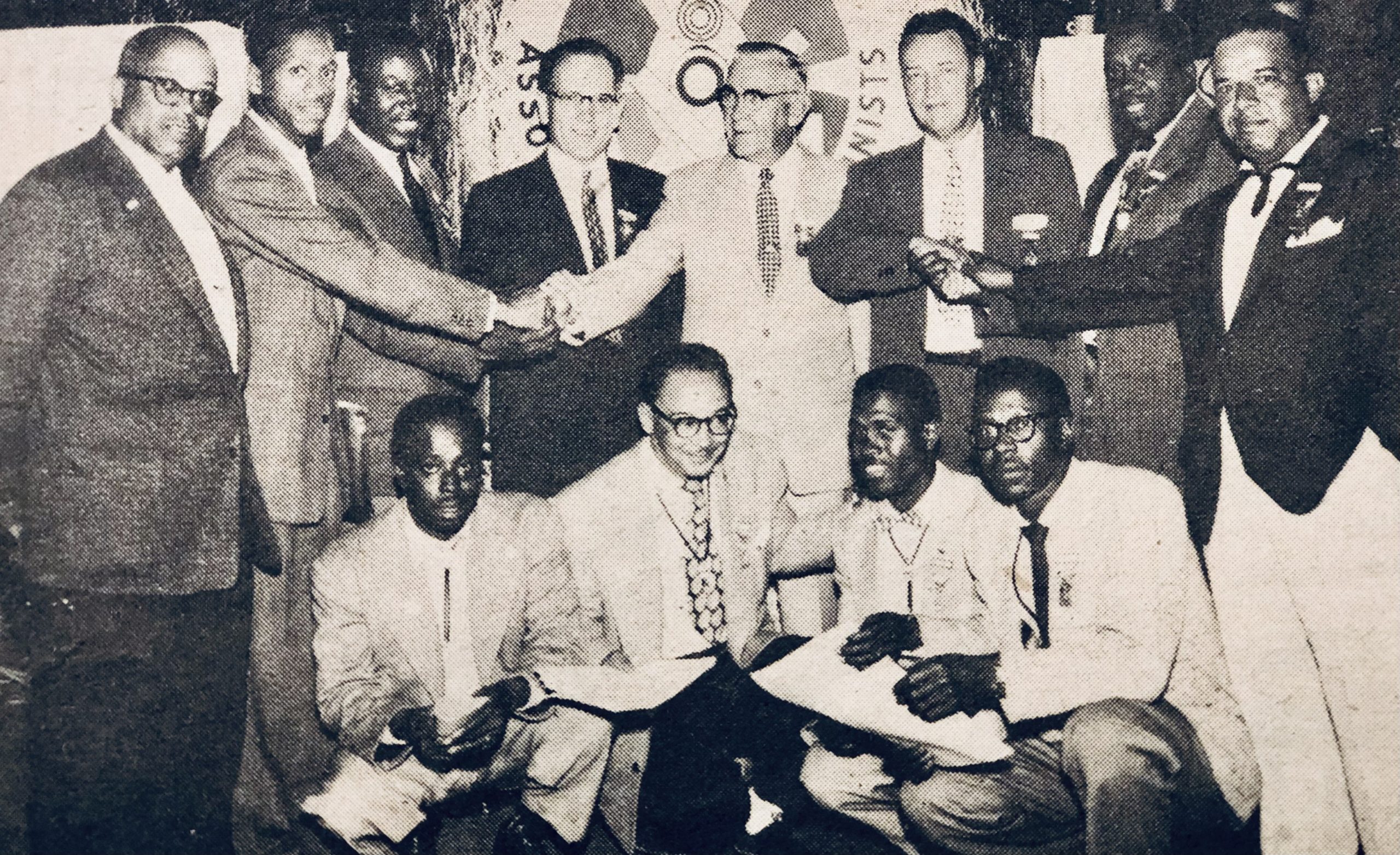 The civil rights movement gained traction in the 1950s with the rise of a powerful young preacher Martin Luther King Jr., Rosa Parks and the Montgomery Bus Boycott, and the landmark Brown vs. Board of Education decision by the U.S. Supreme Court. But as national attention grew around race, the IAM was already quietly breaking barriers by electing African Americans to important positions in local lodges, sending Black delegates to Grand Lodge Conventions, promoting diversity in youth sports leagues and negotiating good contracts in a time when many African Americans suffered from racism and economic inequality in the form of low wages and poverty.

IAM membership in the mid-1900s was predominately white and male. But historic change occurred in 1950 when Roman Mayfield, a manufacturing worker at the Boeing Co. in the Seattle area officially became the first Black member of IAM District 751. In 1954, an African American shipyard worker named Curtis Wiggins would become Sentinel at newly formed Lodge 1647 in Vallejo, CA. That same year, Lee Estridge, a Black member of Lodge 1191, would break racial boundaries by serving as Shop Steward at a machine manufacturer in Moline, IL.

By the end of 1954, the IAM had negotiated notable, lucrative contracts for its members, including a racially diverse bargaining unit of 4,500 from District 9 who worked at U.S. Defense Corporation in St. Louis. The final contract negotiated that year included a 10.5 cent pay raise, paid vacations, seniority protection and generous overtime pay. The seven-man bargaining committee included four Black IAM members.

The IAM’s fight for civil rights would be felt in local communities, too. Local 996 in Sidney, OH sponsored an integrated youth baseball team in 1954. Local 996 member Homer Schamp served as head coach and his team of 11 included two Black players. The squad’s progressive stance embodied that of Jackie Robinson, the first black Major League Baseball player, who was in the prime of his career as a Brooklyn Dodger.

African Americans in the IAM would make significant strides at the 1956 Grand Lodge Convention in San Francisco, joining a multicultural delegation of at least 1,500. At the time it was the largest event in the union’s history, a 10-day session that welcomed dozens of Black attendees including Pete Abernathy of Lodge 824 in Richmond, CA and Gus Jones of Lodge 2000 in Jacksonville, FL. Then-IAM President Al Hayes solidified the union’s bold stand on racial equality by proudly taking a photo with a group of nine Black delegates.

By the end of 1956, the IAM’s commitment to racial equality extended to Africa when President Hayes and Grand Lodge Representative Rudy Faupl welcomed a group of Nigerian trade unionists to Washington, DC during a goodwill tour of the United States.