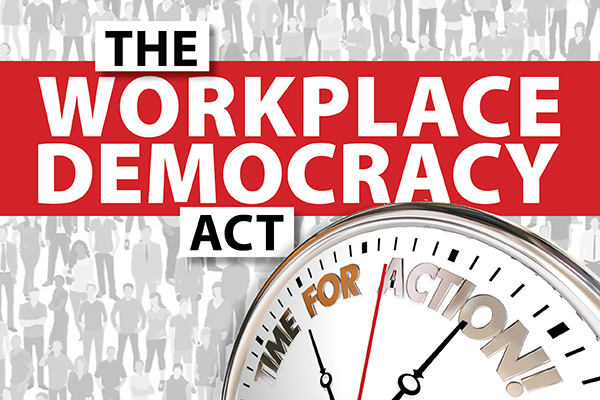 The Workplace Democracy Act would strengthen the middle class by restoring workers’ rights to bargain for better wages, benefits and working conditions.

Declining unionization has fueled rising inequality and corporate profits are at an all-time high, while wages as a percentage of the economy are near an all-time low. The middle class is disappearing, and the gap between the very rich and everyone else is growing wider and wider.

The Workplace Democracy Act would make it easier for workers to join unions in a number of ways:

Tell your Senators and Representative to support the right to join together in union by cosponsoring the Workplace Democracy Act.