Buffenbarger: Election Results ‘Will Not Weaken Our Resolve’

Tuesday’s elections brought disappointing results for union members and working families, but voters went out of their way to support minimum wage initiatives in numerous states.

“The results of this election will not weaken our resolve,” said Buffenbarger. “We will continue to fight for our members and their families in Congress and in statehouses around the country.” 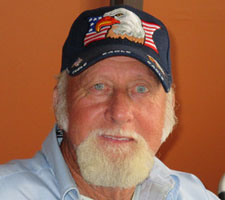 Robert W. Alley, Sr., a member of the newly-formed IAM Maine Lobstering Union, was one of many union members to be elected Tuesday.

“Given our early successes at the statehouse acting collectively as a newly-formed union, I had a new found faith in the idea of government of the people, by the people, and for the people,” said Alley, who will represent Maine’s 138th House District, a collection of seaside communities on the state’s northeastern coast. “I then decided to take it to the next level – we were going to have our own lawmaker at the statehouse working hard not only for Lobstermen, but for all working families in Maine. More union members need to run for public office. We can win and I’m living proof.”

“The labor movement is finding out that many of our so-called friends in government have forgotten that friendship is a two-way street,” said IAM Eastern Territory General Vice President Lynn Tucker, Jr. “This is how we change that, this is how you change your government – you take their jobs.”