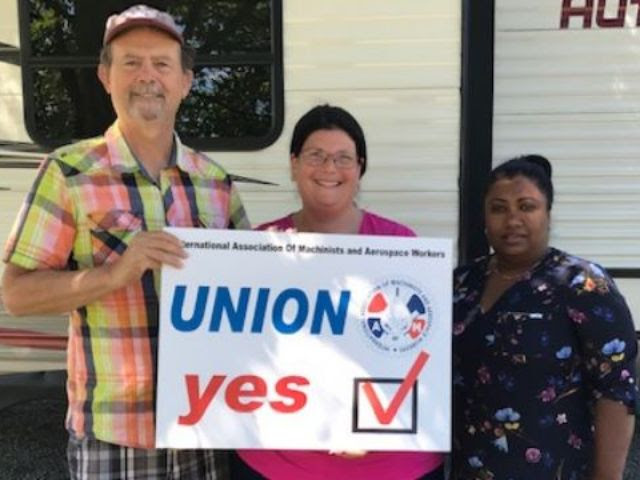 In another stunning organising win for IAM District 78, the 530 Personal Support Workers (PSWs) that work for RNS Health Care in York Region voted by a 3 to 1 margin to be represented by our union.

District 78 Organizer Rootisha Rampat-Sukhu and IAM Grand Lodge Organizer Scott Jackson worked with our newest members for several months, answering their concerns and assuring them it was possible.

“This was a very different organizing campaign due to the COVID-19 shutdown,” said Jackson. “We relied heavily on the internet and other online technologies, but it was Rootisha’s dedication and work ethic that achieved this win.”

“The public scrutiny of workers in the health care sector galvanised the new members into joining the IAM. The PSWs specifically chose the IAM despite the fact that other unions also had a presence – but they chose the IAM,” continued Jackson. “From the beginning, we ran a very focused campaign and kept to the issues that concerned the workers. The employer ran an aggressive campaign, but the members stayed true and won out in the end.”

The new members received the $4 per hour pandemic pay raise only the day after the IAM filed for certification.