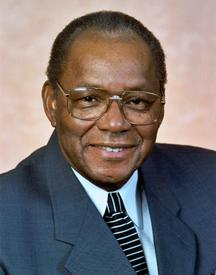 William (Bill) Lucy, president of the Coalition of Black Trade Unionists (CBTU), is stepping down from the post he has held since he co-founded the CBTU in 1972.

“It’s time for a new leader to step into these shoes and connect with young workers who need to see their generation out front in more leadership roles, trying new approaches to empower black trade unionists and achieve social justice at home and abroad,” said Lucy.

Lucy is one of the most revered and highest-ranking African-American labor leaders in the world. Under his leadership, CBTU has earned global and grassroots respect as a catalyst for progressive change. In addition to his pioneering role in CBTU, Lucy also served as the Secretary-Treasurer of AFSCME from 1972 until his retirement in 2010.

“Bill Lucy has been at the forefront of the labor movement for over three decades,” said IAM International President Tom Buffenbarger. “He’s stood alongside Dr. Martin Luther King, Nelson Mandela and many others. His dedication and unwavering leadership will truly be missed. Labor may be losing one of its best soldiers, but I know the fighter in Lucy – the one that’s changed the lives of hundreds of thousands of working families here in the U.S. and abroad – will continue far into his next chapter.”

Lucy worked closely with Dr. King during the strike by AFSCME sanitation workers in Memphis in 1968. He was also one of the founders of the Free South Africa Movement that launched the successful anti-apartheid campaign in the U.S. in the mid-1980s. Lucy was honored with the Nelson Mandela Award for his contribution to South Africa’s freedom earlier this month.