CBTU: United for a Better Tomorrow 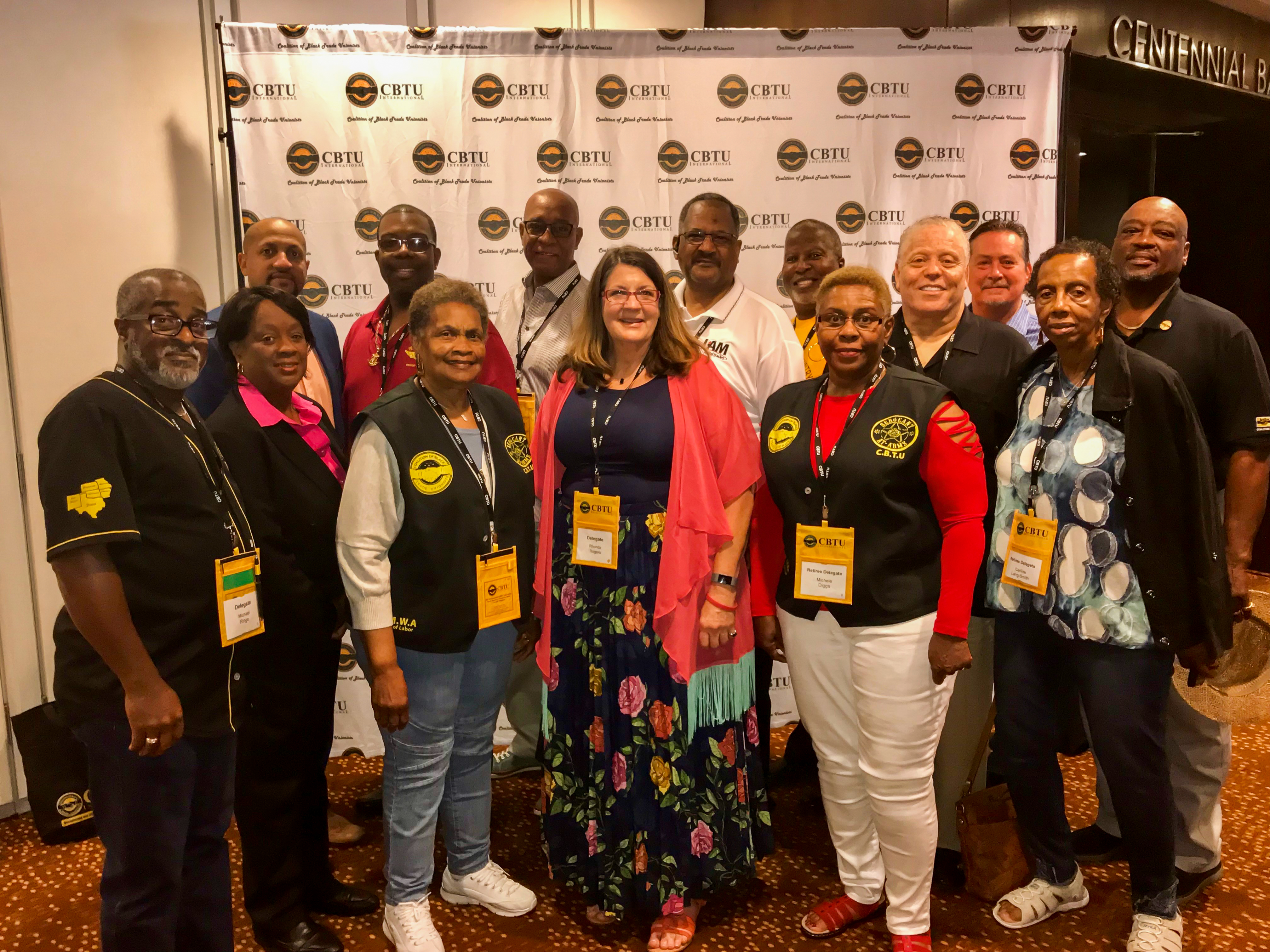 The Coalition of Black Trade Unionists (CBTU) recently held its 48th International Convention in Atlanta. This year’s theme was “Reclaiming our Country: United for a Better Tomorrow.” Over 800 delegates and guests came from all across the world to tackle some of the most crucial issues facing our unions, communities, and families.

IAM Legislative Director and National CBTU Executive Board Hasan Solomon moderated a town hall meeting on the Role of the Black Electorate in 2020.

IAM members showed up in large numbers again this year and were able to discuss the IAM Delta campaign, the injustice at Boeing South Carolina, and other IAM issues with our allies in the labor movement. IAM members also engaged in listening sessions around mobilization, international affairs, financial literacy and the upcoming 2020 Census.

IAM members are making their voices heard at the @CBTU72 International Convention #BeReady2020 #CBTU2019 #1u pic.twitter.com/jAiSBI7quu

CBTU, founded in 1972, is the largest independent voice of more than 2.2 million African-American workers in labor unions today. With more than 50 chapters in major U.S. cities and one in Ontario, Canada, CBTU is dedicated to addressing the unique concerns of black workers and their communities. CBTU is a strong supporter of low-wage workers who are fighting for respect and the right to have a voice on their jobs.