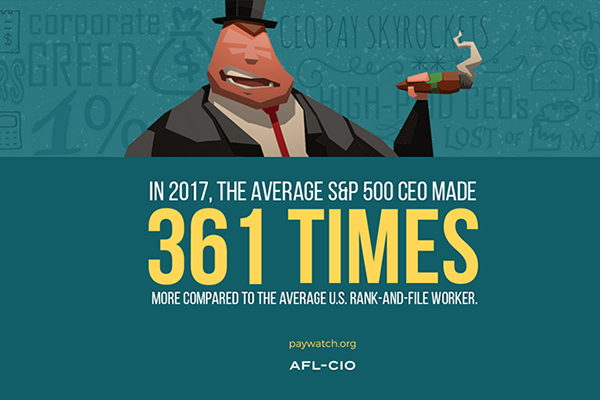 Once again there’s more for them and less for us.

The imbalance between the pay of CEOs and working people continues to increase. In 2017, CEO pay at S&P 500 Index companies increased to an average of nearly $14 million while production and nonsupervisory workers received on average just $38,613.

The report not only exposes the gap in earnings but it shows which companies are investing in their workforce to create high-wage jobs. It also indicates which companies pay their CEOs reasonably relative to other employees.