Cervantes to be Special Assistant to the GST 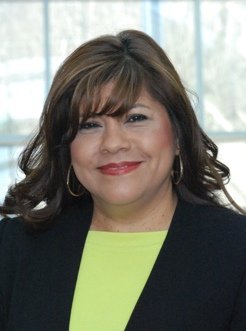 Currently a Grand Lodge Representative (GLR) in the Transportation Department, Sister Cervantes initiated into IAM Local Lodge 2198 in Houston, TX in 1989 as a Reservations Agent for Southwest Airlines. She has served as an Organizer, Shop Steward, Recording Secretary and Vice President of Local Lodge 2198. Dora was also an Apprentice Organizer for District 142 before becoming a District General Chairperson in 2000. Sister Cervantes was appointed to the Grand Lodge staff as a Special Representative in 2005, and later promoted to a Grand Lodge Representative.

“Dora grew up in a union household, her father worked on the railroads for 33 years, giving her a special sense of dedication to the IAM and a unique ability to work with her fellow members to handle the toughest assignments,” said Roach. “Her long list of accomplishments shows she is always willing to go the extra mile to keep the IAM a great organization. She will be a great addition to the General Secretary-Treasurer Department staff.”

Cervantes holds a Bachelor of Arts Degree in Labor Studies from the National Labor College, serves as a National Board Member on the Labor Council for Latin American Advancement, and is an active member in the Coalition of Labor Union Women and the International Transport Workers’ Federation’s Women’s Committee.

Cervantes is fluent in English and Spanish and helps teach the Spanish Leadership series at the William W. Winpisinger Education Center and the IAM/Aviation High School Partnership Program.

“Sister Cervantes will be a valuable member of the GST staff,” said IAM President Tom Buffenbarger. “Her considerable skills and background will be invaluable as our union continues to develop new ways to reach our changing membership, not only in the wide range of jobs our members do but also the increasingly diverse range of people who do those jobs.”