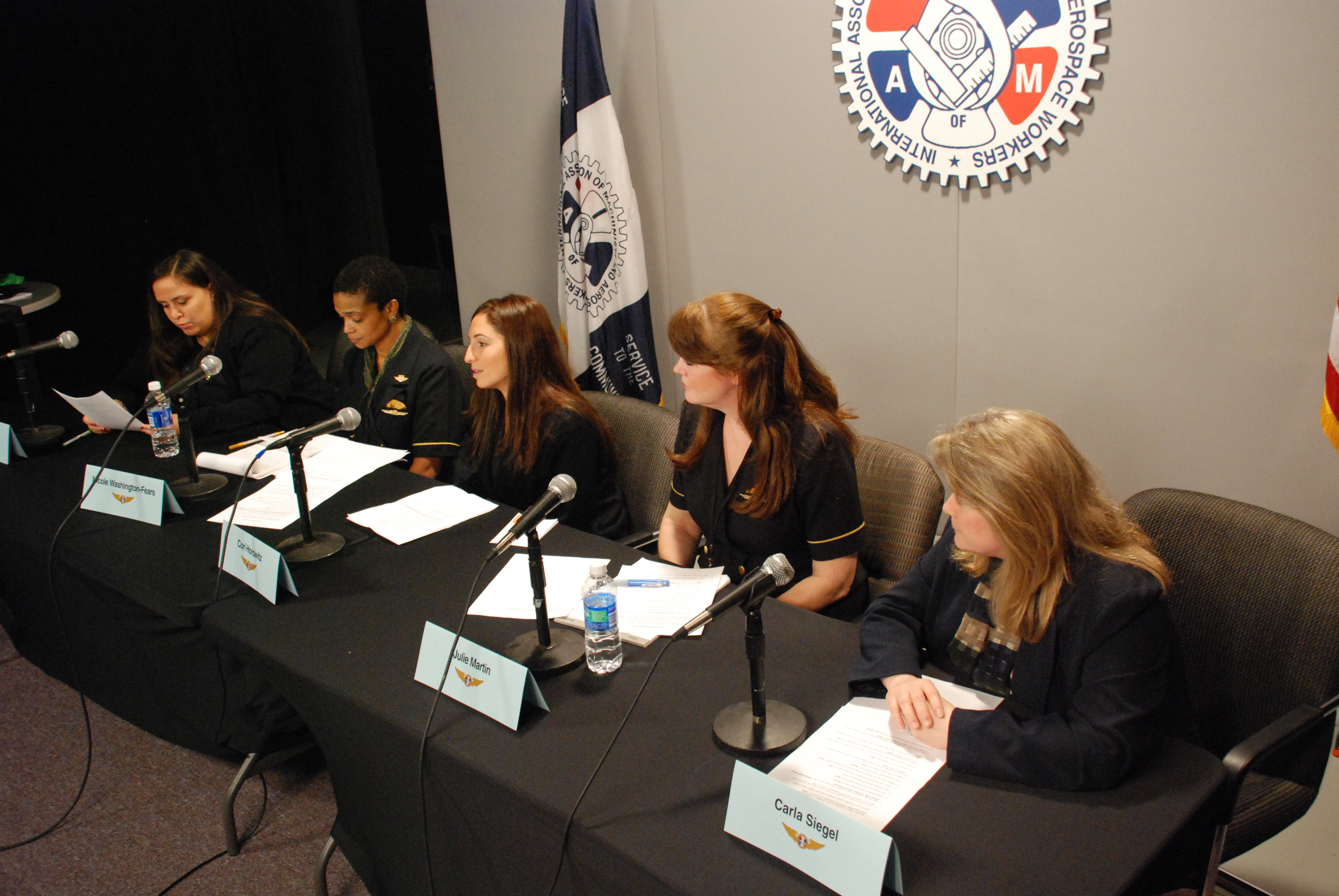 Hundreds of ExpressJet and Atlantic Southeast Flight Attendants logged on and listened in to a live webcast where a quartet of IAM-represented Flight Attendants answered questions about contract negotiations, job security, seniority protection and the upcoming representation election.

The hour-long webcast, broadcast from at IAM headquarters, featured dozens of questions sent in by Flight Attendants and provided a live forum that is archived and available for future viewing at www.IAMOneUnionOneVoice.org

“The webcast is a valuable communication tool that is especially suited to Flight Attendants, whose unique workplace is often moving at more than 400 mph,” said Transportation GVP Robert Roach, Jr. “I’m grateful to the Flight Attendants who lent their time and expertise to this effort and I encourage everyone to follow the IAM campaign and the latest election updates at www.IAMOneUnionOneVoice.org. ”