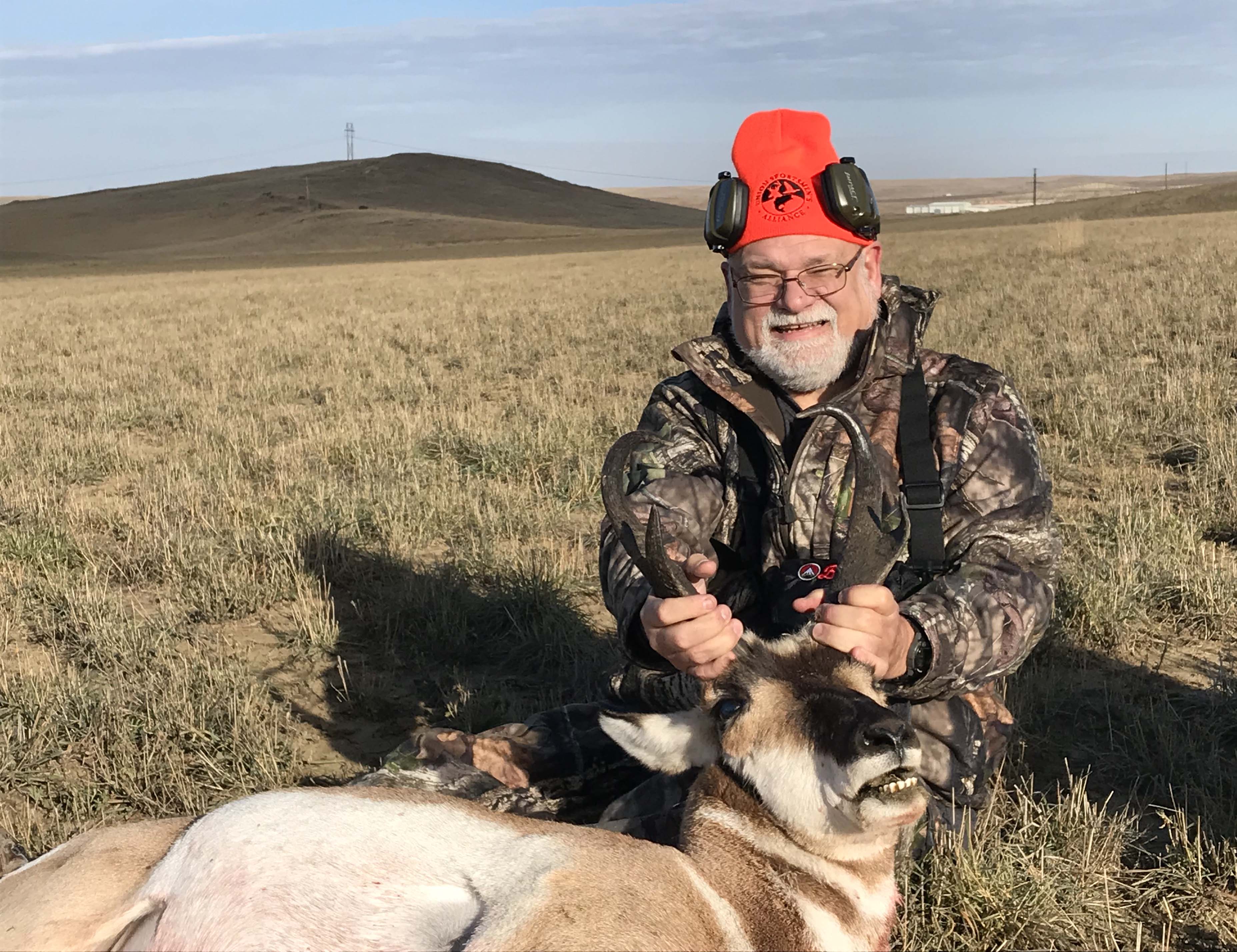 Machinist Michael Wojciechowski this week heads to the wide-open spaces of Wyoming for his first-ever pronghorn hunt on an episode of the Union Sportsmen’s Alliance’s (USA) “Brotherhood Outdoors” television series.

The episodes air on the Sportsman Channel starting Tuesday, July 30.

Wojciechowski, a member of IAM’s Local 48 in Chicago, has been a machine maintenance worker at PSW Industries and later for the Chicago Transit Authority.

Wojciechowski is a six-year Navy veteran who also spent 17 years in the U.S. Army National Guard. He credits his military experiences with instilling in him a sense of discipline and fostering the ability to quickly analyze and understand unfamiliar situations and surroundings. Wojciechowski has spent a lifetime pursuing whitetails in Illinois, Wisconsin, Michigan and Missouri—along with mule deer in Nebraska.

That experience will come in handy as Wojciechowski arrives at Four Horse Outfitters in Moorcroft, Wyo.  There, it’ll be less about finding pronghorns in the rolling hills and wide-open spaces, and more about zeroing in on the right one.

You can check out how Wojciechowski’s hunt unfolds on the Sportsman Channel Tuesday, July 30 at 4 p.m. Eastern, or tune into one of the episode’s re-airings on Wednesday at 11 a.m., Saturday at 1:30 a.m. or Sunday at 11 a.m. Eastern.

Every episode of “Brotherhood Outdoors” also takes viewers to the homes, communities and jobsites of these tireless American workers for an inspirational glimpse at their backstories before heading onto the water or into the field.

CLICK HERE to view a preview of Wojciechowski’s episode.