Clinton on TPP: I’ll Oppose it Now, After Election and as President 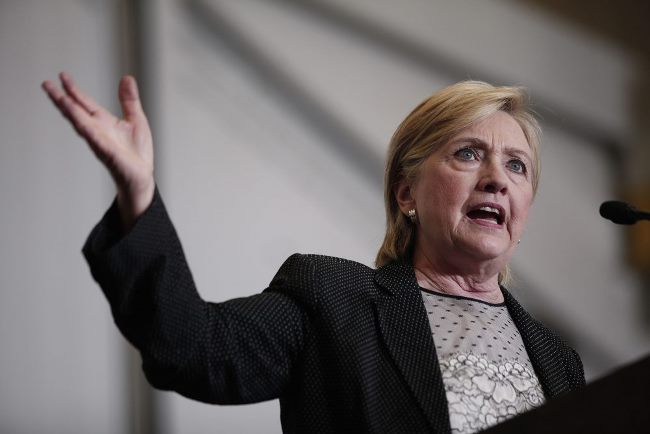 Hillary Clinton does not support the Trans-Pacific Partnership.

She’s been direct about her opposition to the job-killing trade pact throughout the campaign. But her latest take on the secretly-negotiated 12-nation deal, which still needs congressional approval, may be the strongest denunciation of TPP so far.

While speaking with high-tech factory workers in Warren, MI, Clinton was forceful on TPP.

“My message to every worker in Michigan and across America is this: I will stop any trade deal that kills jobs or holds down wages – including the Trans-Pacific Partnership,” said Clinton. “I oppose it now, I’ll oppose it after the election, and I’ll oppose it as President.”

“Those words are music to American workers’ ears,” said IAM International President Bob Martinez. “Her opposition is critical to ensuring the TPP does not survive a vote in the upcoming lame duck session of Congress.”

Join Hillary in opposing the TPP, which would incentivize the offshoring of our jobs, leave currency manipulation unpunished, raise drug prices and more.