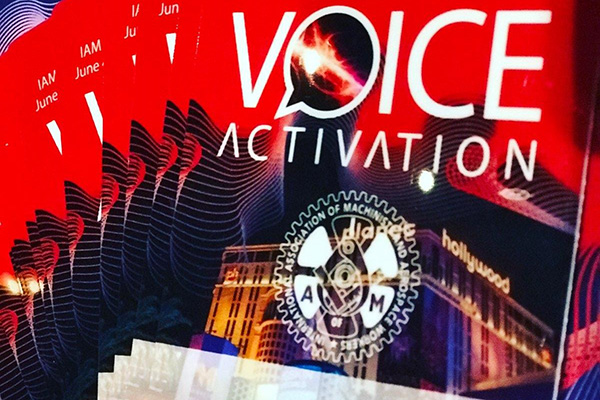 Nearly 200 IAM communicators from across North America have assembled in Las Vegas for the 2019 IAM Communications Conference.

With the theme of “Voice Activation,” delegates are hearing from fellow union activists and participating in workshops to gain new insights and communication strategies. The agenda includes discussions on recent successes and how they were achieved, and the changing face of labor communications.

See photos from Day 1 of the 2019 IAM Communications Conference.