Congress Kicks the Can on Shutdown, Sets Up Holiday Battle 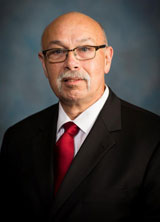 “The fortitude of NFFE-IAM members is something to be admired. In no other industry are employees routinely left guessing whether their employer will have the lights on the next day, have to worry about salary checks arriving on time (or at all), or listen day in, and day out, about how hated “government bureaucrats” are. Yet each and every day, NFFE-IAM members get up and carry out the business of the American people. They do not ask for much – justice on the job, respect in the workplace and once in a while, pay adjustments keep up with the rate of inflation. And despite being the backbone of America’s greatness, Congress repeatedly offers feelings of disdain towards hardworking federal employees.

“Yesterday, 151 House Republicans voted to send the lives of federal employees into a deep uncertainty and chaos, just as they did with the 2013 government shutdown. Thankfully, cooler heads prevailed in the House, and – in a bipartisan nature – Congress passed a temporary 10-week government funding bill. You better believe that NFFE and our allies fought tooth and nail for a long-term funding bill that saw the government funded at pre-sequestration levels. Unfortunately, it was difficult just to get enough money to keep the doors open – let alone any sort of substantive funding levels.

“This brings us to our current position. Congress has kicked their funding responsibilities down the road to December 11, 2015. A time when most Americans are spending time with their family and loved ones during the holiday season, Congress will undoubtedly drag their feet in preparing any sort of long-term funding options and likely take us to the very brink of a government shutdown once more.

“What makes this entire situation all the more volatile is the recent retirement announcement by Speaker of the House John Boehner. Speaker Boehner’s retirement has set off a scramble among the House GOP to select their new leadership team, including the next Speaker of the House. With the GOP holding the majority in the House, the GOP controls the legislative agenda. And with Boehner’s resignation, the extreme wing of the House GOP could choose a leadership team that is more willing to plunge the government into a shutdown as a way to send a partisan message, similar to the tactics used in the disastrous 2013 shutdown. Boehner was largely the figure in GOP leadership that was advocating against using a government shutdown as a political tactic.

“The truth is, it is impossible to guess what the leadership of the House GOP caucus will look like in 10 weeks, and even harder to estimate what kind of spending package will be on the negotiating table. What we do know is that NFFE will work to protect our members on Capitol Hill, day in, and day out. We will work to protect federal employees, American taxpayers and the U.S. economy from the effects of another disastrous shutdown.

“But we cannot do it alone. We need you in this fight – now more than ever. Talk to your Local leadership today about joining NFFE and putting a stop to Congress ruining the holiday season for the federal workforce.”