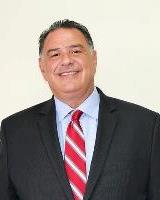 “With the addition of James Conigliaro, the General Secretary-Treasurer’s Department will have the best of the best to carry out the many tasks necessary to ensure the IAM remains one of the most financially sound unions in the labor movement,” said Buffenbarger.

Buffenbarger cited the changing and more complex financial environment that the GST Department must operate under. “We had the financial meltdown in 2008 and that put more pressure on pension regulation and funding. We have to comply with regulatory oversight rules on unions that are getting more complex every day. And then there’s the challenge of managing health plans amid rising costs and even more regulations. But we have met every challenge.

“Our pension plan that serves thousands of IAM members is fully funded, our finances are sound and our health and welfare plans are in good shape,” said Buffenbarger. “That’s because of the efforts of General Secretary-Treasurer Robert Roach, Jr., General Vice President Dora Cervantes and the GST Department staff. With the addition of James Conigliaro, we will be able to keep our union financially strong in the years ahead.”

District 15 is one of the IAM’s largest Districts with members in diverse industries including a large presence in the automotive and trucking industries. Conigliaro joined Local 447, one of District 15’s largest and most active Locals, in 1977 as a maintenance mechanic for United Parcel Service. He was active in his Local and District and has been the President and Directing Business Representative since 2003.

“This is a great honor and I thank the Executive Council for the opportunity,” said Conigliaro in remarks to the conference. “My father was a longshoreman and I grew up around union halls. I learned early that working people built this country. Working families deserve their fair share of the prosperity they help create and I won’t rest until we get it.”