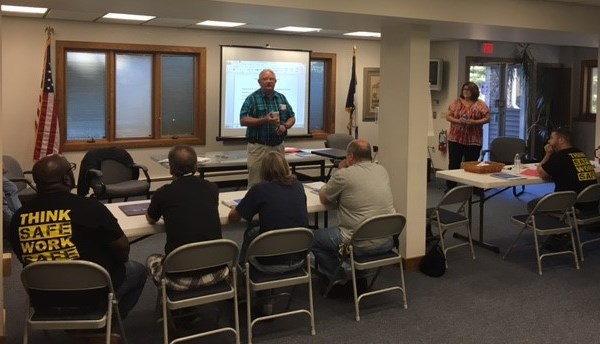 This class was the result of Local 1137 President Paul Pecorelli and Local 1137 Vice President Mike Calienedo, who heard International President Bob Martinez speak about the program at the Connecticut State Council of Machinist’s summer meeting. They were extremely interested in the class and how it could work for them.

“This program is one of the most successful offered at the Winpisinger Center,” said Eastern Territory General Vice President Jimmy Conigliaro, Sr. “It’s also one of the very best tools we can give our Shop Stewards, Bargaining Committees and Representatives to prepare for the challenges they face in today’s negotiating environment. My thanks for a successful completion go out to Education Representative Donna Perinetti, Special Representative Doug Sizemore, District 26 DBR Everett Corey, and BR’s Tony Walter and Pat Buzzee.”

The new Field Negotiating Pre Program is not designed to replace the Winpisinger-based Negotiation Prep program, but will accommodate situations where in-the field negotiations preparation is the better option.