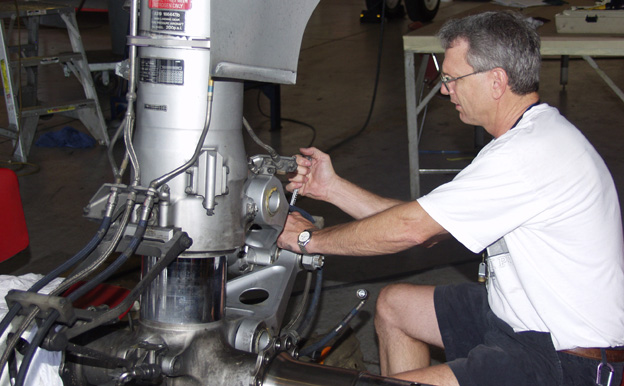 “Since 9/11, physical security at U.S. airports has been tightened and airline employees have been required to pass stringent background checks,” said Transportation GVP Robert Roach, Jr., at a hearing of the U.S. House of Representatives’ Committee on Homeland Security’s Subcommittee on Transportation Security and Infrastructure Protection.  “But allowing U.S. aircraft to be maintained overseas by unqualified and often unknown personnel creates a gaping hole in the security of our air transportation system.”

The Machinists Union used the congressional hearing, titled “Is the Flying Public Protected? An Assessment of Security at Foreign Repair Stations,” to shed light on some major safety and security lapses that occur at overseas maintenance repair stations, including the lack of security standards, no required criminal background checks of workers and the FAA practice of announcing repair station inspections months in advance. GVP Roach’s complete testimony is available at www.goiam.org/transportation.

“The lowest cost, not the highest safety standards, is the driving force when airlines choose maintenance repair stations,” said Roach. “The Machinists Union believes there should be only one level of safety and security – the highest – for U.S. aircraft, regardless of where they are maintained. Having strict requirements for U.S. operations is meaningless if they can be avoided by an airline flying their planes to another country with lesser requirements and little or no FAA oversight.  Less oversight means less money. If overseas repair stations and their employees cannot meet the same requirements as the airlines’ U.S.-based operations, Congress should mandate that work be performed within our borders where there is more FAA regulation and oversight.”