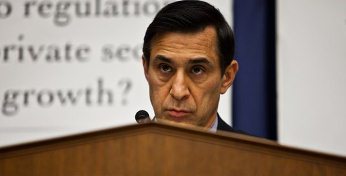 California Republican Rep. Darrell Issa is drawing heat from fellow members of Congress for his sustained and controversial advocacy on behalf of The Boeing Company.

Earlier this week, Issa issued a highly unusual subpoena for an extensive list of confidential documents related to the NLRB’s  pending complaint against The Boeing Company.

In a letter to Rep. Issa, Democratic Reps. John Conyers, Jr. (D-MI) Elijah E. Cummings (D-MD) and George Miller (D-CA) called on him to drop the subpoena and accused him of using his position as House Oversight Chairman to hinder the investigation and provide assistance to Boeing.

“You may personally disagree with the laws Congress enacted to protect workers against discrimination,” the Democrats wrote. “You may also disagree with the judge’s decision in this case upholding those laws. But it is not a legitimate use of the Committee’s authority to circumvent those laws on behalf of corporate interests.”

Issa is no stranger to charges of using his position as an elected official to provide aid and comfort to corporate interests.

In ‘A Businessman in Congress Helps His District and Himself,” the August 15 edition of the New York Times provides a detailed look at how Issa used his position in Congress to promote legislation that increased the value of investments he held or controlled. In one instance, more than $800,000 in earmarks arranged by Issa was devoted to widening a street in front of a medical plaza he owns.