Delta Execs Double Down on Union-Busting and Play the Victim 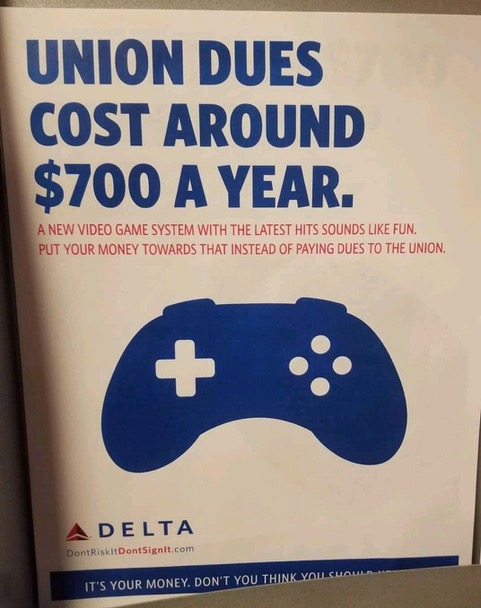 In a message to employees late Friday afternoon, Delta executives doubled down on their insulting, degrading and juvenile anti-union communications and claimed that “Delta respects each employee’s right to decide if a union would be in their best interests and works to provide the facts…”

Nothing could be further than the truth. The public now has had a look behind Delta’s dirty curtain, and it was rightfully outraged by Delta management’s disrespectful communications, designed to interfere with Delta workers’ right to form a union. Nobody can say with a straight face that Delta management respects its employees’ right to freedom of association.

Senior Vice President, Gareth Joyce, also outright lied to workers and said, “Our employees receive unmatched total compensation…” That is just false. Tell that to the Ready Reserve workers who can’t work more than 1,400 hours, who have no health benefits or retirement plan. Tell that to the “benefitted” employees who have lower wages, pay higher premiums and deductibles for their health insurance than their unionized peers, receive less vacation and have absolutely no work rules. Tell that to the most productive flight attendants in the airline industry who have middle of the pack compensation but should be the industry leaders. The fact is, at the most financially successful airline in the world, only Delta’s unionized pilots are at the top of the industry. Ask the pilots if they’d trade their union dues provided contract for a video game? 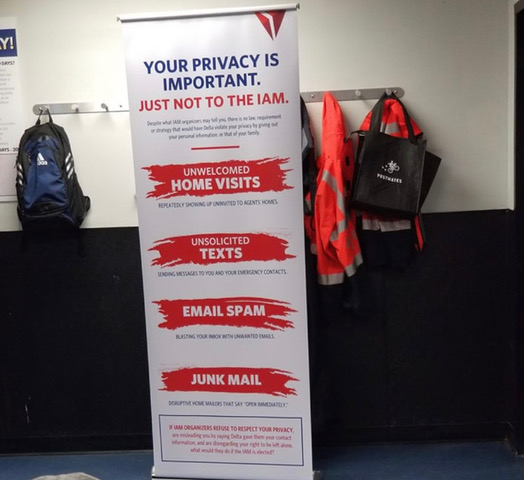 Instead of whining about being a target of unionization efforts by its own employees, Delta management should respect its workers and announce wage increases for 2019. After all, Delta keeps posting robust profits quarter after quarter. Or, could it be that because of the ongoing negotiations with unionized Delta pilots, Delta management hasn’t announced raises for its non-union workforce because they’re not sure how much will be left?

Delta workers do not deserve to live in economic uncertainty. Delta workers shouldn’t have to rely on the benevolence of their “servant leaders” to plan their lives. Delta workers deserve a seat at the table and a voice in their future.