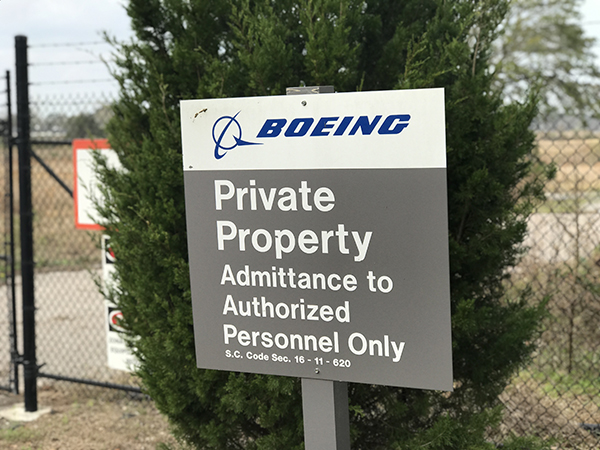 Late last year before the holiday season, the Boeing Co. fired three flight readiness technicians/inspectors who recently voted to join the IAM without just cause. These employees were allegedly terminated for missing a bird strike on an engine during a post-flight inspection. A subsequent FAA investigation supports the flight readiness inspectors’ assertions that there was no such evidence of a bird strike, as Boeing had claimed.

Boeing refuses to negotiate with 180 Flight Readiness Technicians and Inspectors in South Carolina, even after they voted overwhelmingly to join the IAM in May 2018.

“This investigation instead supports what the IAM has said all along—that local management at Boeing South Carolina continues to target their critical experienced safety workers, for exercising their freedom and rights under the law,” said Machinists Union International President Robert Martinez Jr. “We demand Boeing return the three flight technicians/readiness inspectors to their positions and be made whole under any remedy available by the law.

“Currently, there are additional unjust terminations under investigation by the National Labor Relations Board,” said Martinez. “We ask that Boeing executives and company shareholders closely investigate current practices in South Carolina that has led to retaliation against flight readiness technicians/inspectors and refusing to recognize and bargain with these workers. The IAM will continue to stand by every worker at the North Charleston Boeing plant to ensure they are treated with respect and dignity. Safety-related issues are too important to be jeopardized by Boeing management’s anti-union agenda.”​