Help Stop TPP: Pick Up the Phone on Sept. 14 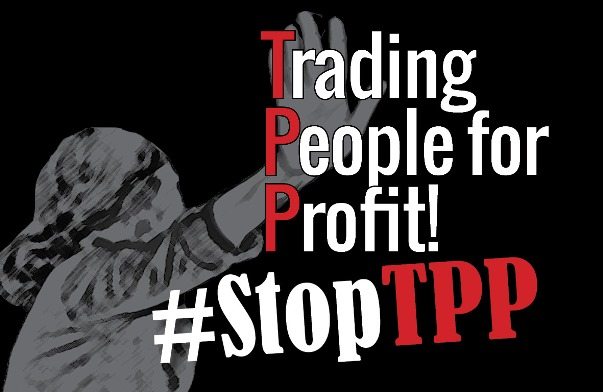 The fate of the corporate-rigged Trans-Pacific Partnership (TPP) is being decided.

That’s why the Machinists Union and dozens of organizations are working together to make September 14, 2016 a nationwide TPP Call-In Day — to get all of our  representatives to publicly announce opposition to the TPP before the election.

The TPP’s backers are twisting arms and calling in favors, trying to scrounge up enough congressional support to schedule a vote on the dangerous deal in the lame-duck session of Congress.

They know their only chance to get the TPP approved is to hold a vote after the election when   representatives’ political accountability to constituents is at its absolute lowest. But we can foil that plan if we force members of Congress to take a public position before Election Day.

That is because they know they cannot be for the TPP and then face the voters. Americans are furious about the influence corporations have over governments and the decisions that shape our daily lives – and the TPP is a horrifying example of corporate influence gone wrong.

The TPP was hatched with 500 official U.S. trade advisors representing corporate interests involved in years of closed-door negotiations while the public, press and Congress were locked out. The core TPP provision grants thousands of corporations new rights to sue the U.S. government before a panel of three corporate lawyers that can award unlimited sums, including for loss of future expected profits, to be paid by American taxpayers when the corporations claim U.S. policies violate the new entitlements the TPP would provide them.

The TPP Call-In Day is a chance for We the People to speak with one loud, unified voice against the TPP’s corporate greed.

Don’t be shy — calling your representative is quick and easy. And it REALLY makes a difference. The offices keep a log of calls and track the overall numbers. For your call, we’ll provide a toll-free phone number right to your representative and sample script for you to use.

This is our chance to unite with people across the country and unleash an overwhelming wave of voter power just when it counts most… heading into an election.

You calling and sharing this email with as many of your friends as possible will make the difference. If we can get a majority of representatives to publicly announce opposition to the TPP, we will derail the TPP. But the other side is going full tilt to get a majority of yes votes.

Some of the world’s biggest corporations are pushing for the TPP and are relentless about having a lame-duck vote on the deal. Disappointingly, so is the White House. The other side has more resources, to be sure, but we can still kill the TPP.

That’s because our side represents the biggest most diverse coalition ever assembled to fight corporate-rigged “trade” deals. This diverse group — labor, environmental, consumer, faith, health, family farm, civil rights, senior citizen, youth, LGBT and other organizations and activists — has united because the TPP is a corporate Trojan horse packed with devastation for all of our goals and the policies we all care about.

The whole coalition is taking part in the TPP Call-In Day to have congressional office phones ringing off the hook.

If we all take action together, we will make a serious impact on Capitol Hill.

The majority of House Democrats oppose the deal, as do a significant bloc of Republicans and both parties’ presidential nominees.

Every day we get closer to burrying the corporate-rigged TPP once and for all.

Thank you for bringing us one step closer to that day.