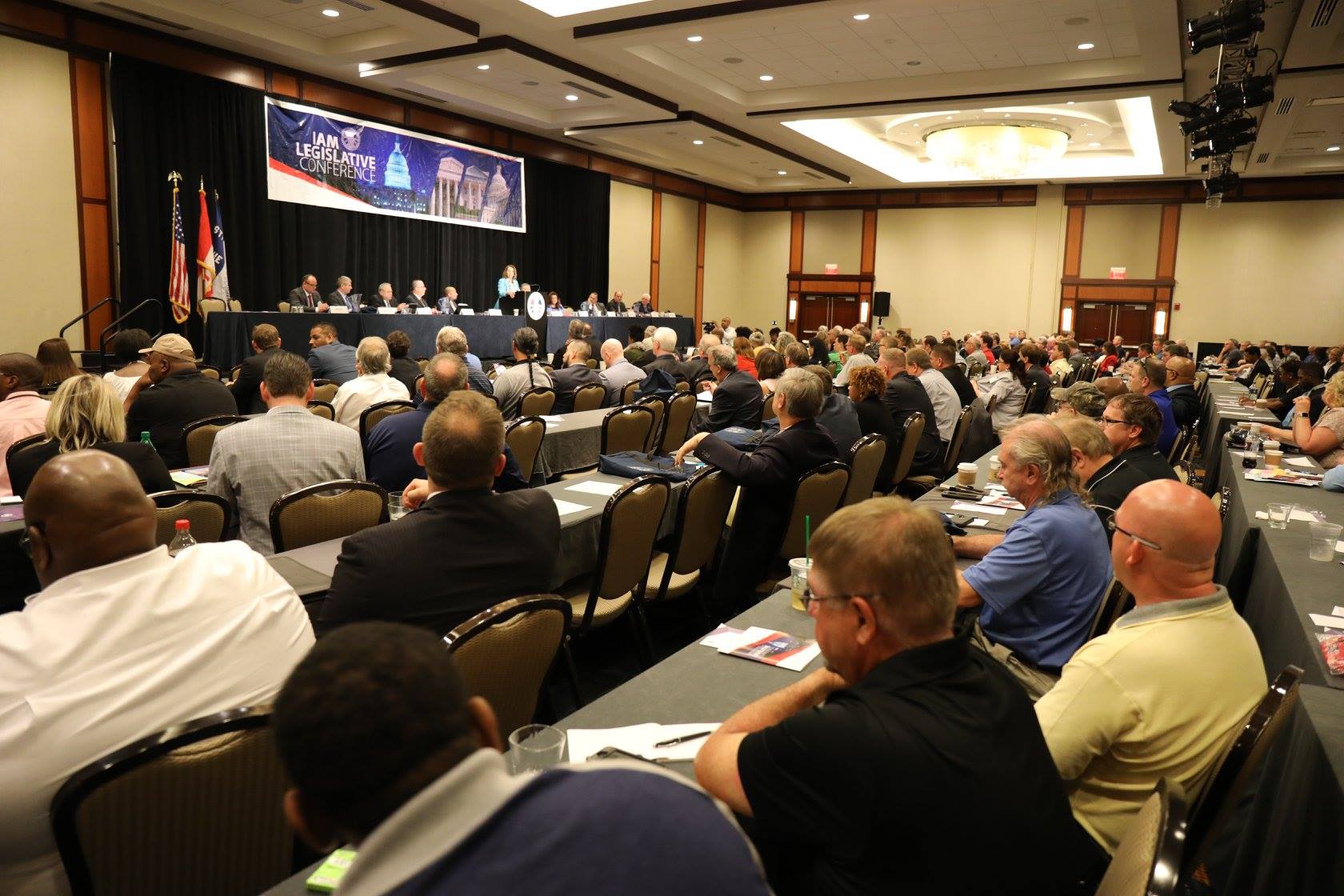 Over 300 IAM members descended on Capitol Hill this week, with IAM Transportation members leading the charge and pressuring Congress to support legislation that improves the working conditions of IAM members who work on the nation’s railroads and in commercial aviation.

Hundreds of members in Congress were visited by IAM Transportation members and came to speak at the 2018 IAM Legislative Conference. Senator Elizabeth Warren (D-MA), Minority Leader Nancy Pelosi (D-CA), Deputy Chair of the Democratic National Committee and Congressman Keith Ellison (D-MN) and many others made their way to the conference and spoke to IAM members, lending their full support to the IAM’s vast legislative agenda. International President Bob Martinez stood side by side, flanked by scores of Machinists, with Senator Bernie Sanders (I-VT) to support Senator Sanders’ Workplace Democracy Act.

“IAM Transportation members should be proud of their powerful voice in our nation’s capital,” said General Vice President Sito Pantoja. “The IAM’s legislative and political operation is second to none in the labor movement, and that’s due in no small part to rank-n-file IAM activists who continuously hold Congress’ feet to the fire over their issues. We should be equally proud of our Legislative Department that advocates for IAM members’ issues 365 days a year.”

The Machinists Union holds its annual Legislative Conference in May and the IAM Legislative Department continuously works to ensure that IAM members’ interests are represented in the legislative and political arena in Washington DC and in state capitals around the country.