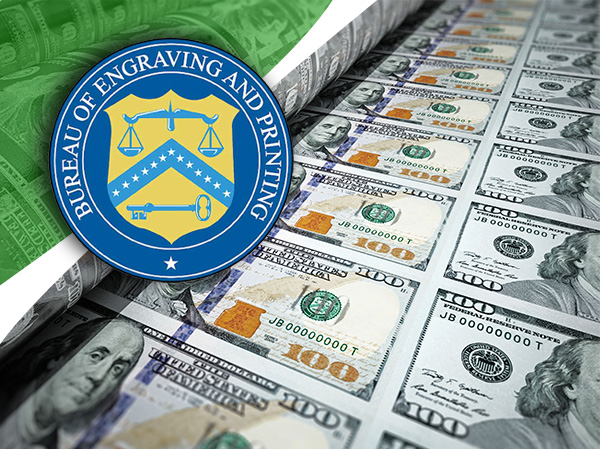 IAM Locals 2135 and 174 at the Bureau of Engraving and Printing (BEP) formed a coalition with other unions representing BEP workers to express serious concerns with their working conditions and BEP’s noncompliance with Executive Order #14003 and policies of the Biden Administration regarding collective bargaining.

The coalition sent a letter to U.S. Sens. Ben Cardin and Chris Van Hollen asking for intervention as BEP refuses to bargain in good faith.

In the letter, the local unions describe how BEP’s failure to follow the executive order has “resulted in increased violations of contracts, policies, and regulations.”

“Every day without renewed contract negotiations is a message from management that they do not respect the collective bargaining process—which is a clear departure from the Biden Administration’s stated policies and requirements,” states the letter. “And every day that management is permitted to pretend it has no obligation to bargain in good faith with the unions that represent its employees, workplace morale continues to fall.”

The BEP has facilities in Texas and Washington, D.C. and recently announced plans to open a new facility in Maryland. The local unions are seeking the Maryland senators’ help in bringing BEP to the bargaining table to remedy the situation.