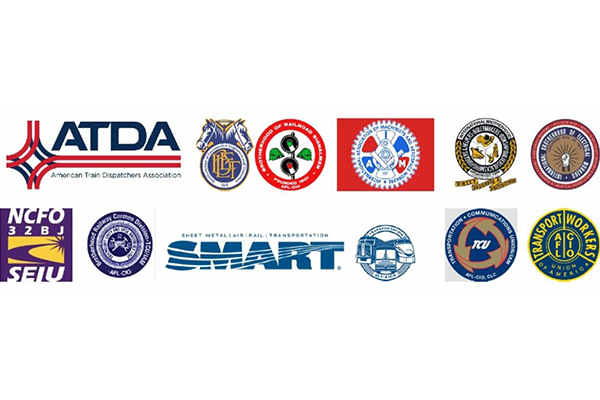 While waiting for a response to our recent request to the National Mediation Board that a proffer of arbitration be issued by the Board to move our contract dispute to the next level, CBC unions participated in two additional days of mediated bargaining sessions with NCCC this week.

Once again, the nation’s class 1 rail carriers showed just how far removed they are from the realities that their employees and shippers are experiencing. Without regard for the beating that these rail carriers took in front of the surface Transportation Board a week ago, and ignoring their continued record profit reports, the rail carriers continue to advance proposals at the bargaining table that they have previously been told are unacceptable to the CBC Unions and our members.

Due to the NCCC’s refusal to negotiate a fair agreement in good faith, all CBC Unions again request that the NMBproffer arbitration to the parties to stop the endless delays by the rail carriers.

As we advised in January and April, we had hoped that the involvement of the NMB would cause the industry to refocus on addressing the legitimate needs of the men and women whose labor generates their positive financial returns. That has not happened, and there is no indication that it will without allowing the remaining steps of the Railway Labor Act to play out to compel a favorable settlement.