Trumpcare – Latest Proposal and its Impact on Seniors 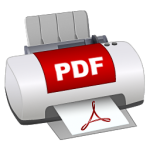 Republicans will vote on the Graham-Cassidy bill to repeal the Affordable Care Act (ACA) the week of September 25th.  If it passes, more than 32 million Americans will lose health coverage.

The bill will pool all federal health funding states currently receive for the health insurance exchanges and Medicaid expansion. The combined funds will be drastically reduced and redistributed to states by way of a block grant — penalizing those that expanded Medicaid and rewarding states that did not.  The funds would be insufficient to meet current health care and be phased out completely by 2026. The health insurance subsidies and the ability of states to further expand Medicaid would terminate in 2020 and funding for the block grant would terminate in 2026.

Older Americans will be badly hurt by this bill:

Essential Health Benefits – Insurers will not be required to provide coverage for things like mental health services, prescription drugs and hospital care.

Protections from Rising Costs – Individuals with pre-existing conditions and older Americans 55 to 64 years old will not be protected from rising costs.

Annual and Lifetime Caps – Insurers will be able to institute annual and lifetime caps on any insurance policies, including employer-sponsored insurance.

Subsidies and Cost-sharing reductions – Middle and low-income individuals on the exchanges will lose premium and cost-sharing subsidies that help reduce out-of-pocket costs.

Medicaid – Medicaid beneficiaries on traditional Medicaid, including seniors receiving home care and those in nursing homes, will lose Medicaid’s guaranteed protections. The bill provides states with a fixed amount of money through a per-capita cap for the traditional Medicaid program that will not be sufficient, forcing states to ration care.

Tell your member of Congress to vote against the Graham-Cassidy bill.

The post Trumpcare – Latest Proposal and its Impact on Seniors appeared first on Retired Americans.