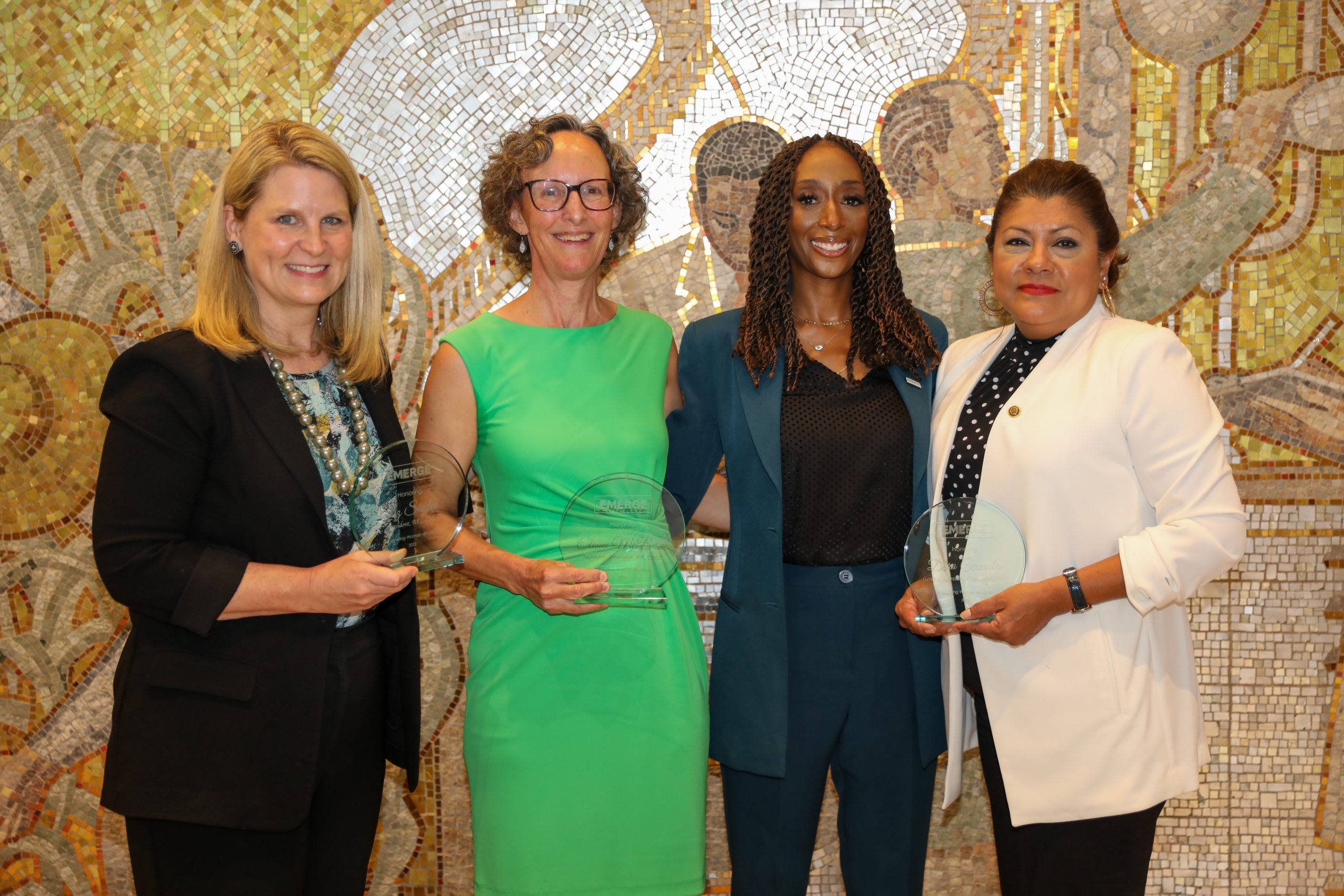 On September 15, IAM General Secretary-Treasurer Dora Cervantes was presented with the inaugural 2022 Pioneering Woman of Labor Award by Emerge, a leading organization that trains and mentors aspiring women leaders to get involved in politics and run for office. AFL-CIO President Liz Shuler and AFSCME Secretary-Treasurer Elissa McBride also received the award.

The award recognized the critical role the recipients have played in the labor movement and  their passion and commitment to protecting and advancing working rights.

“[We] recognize what unions bring to our labor force and communities.” said A’shanti Gholar, Emerge President. “I have the privilege of honoring these amazing women.”

Cervantes has served as IAM General Secretary-Treasurer since 2015 and became the first woman and first Latina to hold the position in the history of the IAM. Cervantes has used her position as a woman union leader to improve the lives of IAM members and empower Latinos in the union and beyond.

“We have to stand up and fight. We need people that look like us… Yes, I am a pioneer, a trailblazer, a first, but I certainly won’t be the last. If I can serve as an inspiration or mentor to other Women, Girls and Sisters, then I have served a greater purpose.” Cervantes told the audience.

“The women in our movement are standing strong,” said Shuler. “Let’s keep tapping into that network of strong women, helping each other, helping them run, helping win and helping them lead.”

In addition to honoring these trailblazers, the event also served as an opportunity to highlight the reasons why women empowerment in politics is necessary.

“It’s important to think globally and run locally,” said McBride. “Run, whether it’s for union office or for public office.”