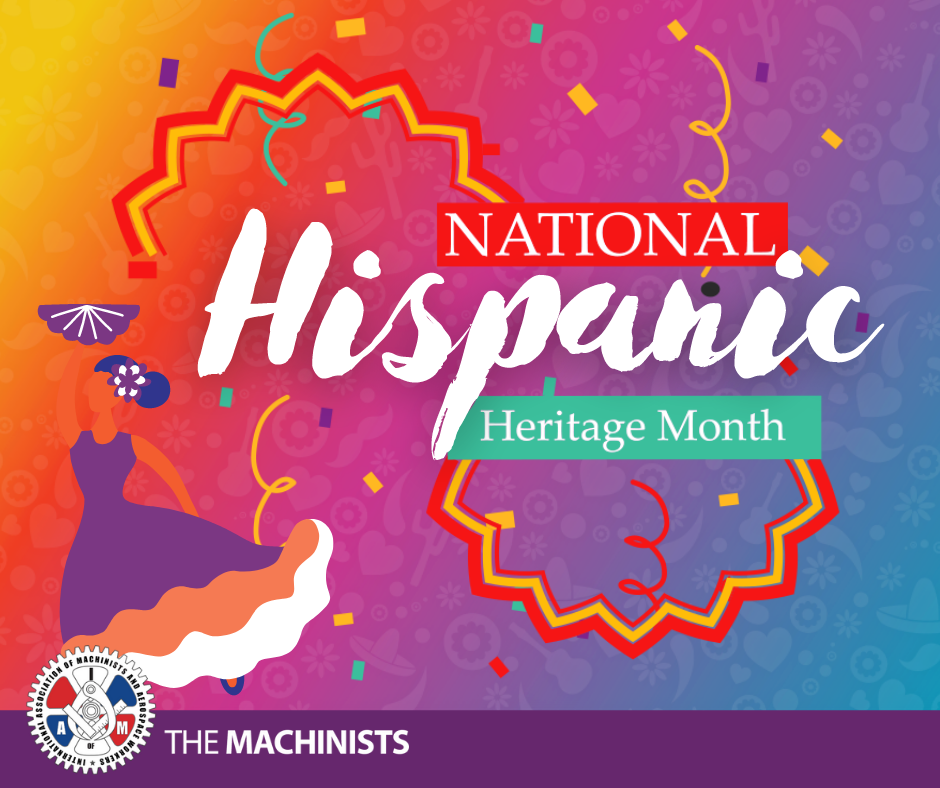 National Hispanic Heritage Month is recognized September 15th through October 15th and traditionally honors the cultures and contributions of both Hispanic and Latino Americans rooted in all Latin American countries.

We also celebrate the hurdles and challenges that have been overcome by these Hispanic and Latino Americans, while acknowledging that there is still a great deal more to do to address inequality and injustice. We as activists know these struggles very well. We can relate to Cesar Chavez and Dolores Huerta and their fight for workers’ rights by starting the National Farm Workers Association, which is now United Farm Workers (UFW). They fought for dignity and respect, wining increased wages and better working conditions.

Other Hispanic Labor activists include Ernesto Galaraza, a renowned author who fought alongside the American Federation of Labor and who is known for his help shutting down the Bracero Program and its mistreatment of workers. Or Gilberto Gerena Valetin who played a central role in the 1964 boycott of the New York City Schools over segregation, fighting for equal education for all students. Camelita Torres known for the Bath Riots. In 1917 Torres refused to strip off her clothes and take the gasoline bath Mexicans were forced daily to take when crossing the border to work in Texas. She convinced 30 other trolley passengers and onlookers to rally with her. And we cannot forget our very own Hispanic/Latino leaders International President Martinez, General Secretary Treasurer Cervantes, General Vice President Allen and General Vice President Pantoja, along with the other Hispanic and Latino representatives of the IAM in our District and Local Lodges.

We still lobby and fight for equal rights for the Latino workforce. We partner with constituency groups like Labor Council for Latin American Advancement (LCLAA) to ensure that these issues are being heard and that the community is informed of what is happening.

There are several events honoring the cultures and contributions of Hispanic and Latino Americans during this month , Learn more at  https://www.hispanicheritagemonth.gov/