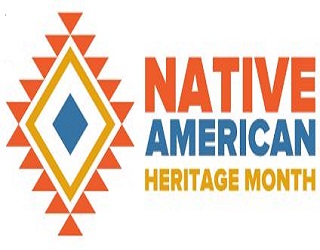 Each November, Americans celebrate the culture and heritage of Native Americans, who deeply enrich the quality and character of our Nation; we also recognize the many sacrifices, contributions, and achievements of Native American people.

There are 2.9 million Native Americans and Alaska Natives in the United States. This population has origins in hundreds of distinct and culturally diverse peoples from throughout North and South America; well over 600 tribes are federally recognized within the contiguous 48 states and Alaska, and many more are recognized by individual states.

Unions have played important roles in addressing Native American struggles and in campaigns that fueled civil rights movements in the United States, including efforts to organize agricultural, hospitality, and health care workers. Native American workers’ groups also point to colonialism, land dispossession, and generational trauma as central problems in workplace inequality—including the fact that from the time Christopher Columbus arrived in the New World until the year 1900, there were as many as five million Native people enslaved in America, and tens of thousands of families torn apart by forced boarding schools.

In the overall workforce, Native Americans and Alaska Natives are more likely than the overall population to work in service occupations, natural resources, construction, maintenance, production, transportation, and material moving occupations. Native Americans and Alaska Natives also serve in the Armed Forces at five times the national average and have served with distinction in every major conflict for over 200 years.

Unions fight for these same rights, and will continue to do so for our Native brothers and sisters. One avenue for achieving this objective is the Council for First Inhabitants Rights and Equality (Council FIRE), a constituency group that is dedicated to addressing inequalities that Native people face today, including identifying paths for positive change, and improving understanding of Native culture, history and beauty. IAMAW Western Territory Grand Lodge Representative Kevin Cummings (retired) founded Council FIRE in 2010. They strive for inclusion of indigenous people into the advancements that have been denied them, and believe the path to prosperity travels many trails; however, a good job that encourages dignity and provides for a family is a basic right. Council FIRE works in collaboration with other AFL-CIO constituency groups advocating for the labor movement. For more information or to donate click here. To understand more about the labor movement’s work with indigenous people watch this Council FIRE Video.